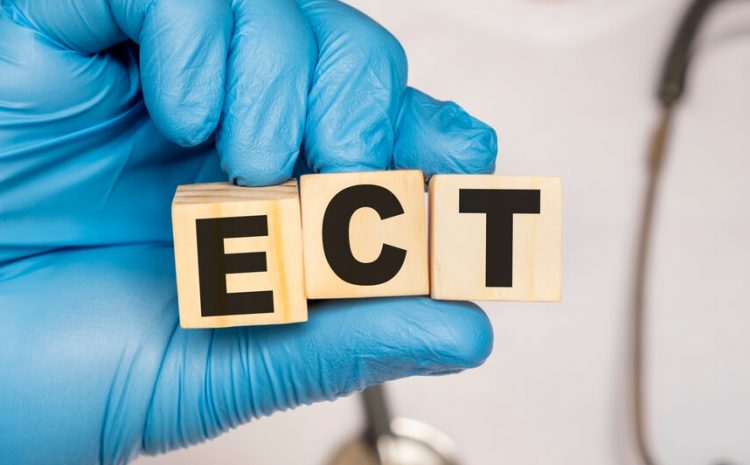 Electroconvulsive Therapy (ECT) has been used as a medical treatment procedure since the late 1930s to effectively treat patients suffering from various kinds of mental illnesses, such as severe mania, catatonia, and severe depression. Despite its potential to assure dramatic relief for such disturbed patients, a great deal of stigma and conspiracy surrounds the procedure.

A significant chunk of this stigma is fostered because of a notoriously grueling and misleading portrayal of ECT in Hollywood productions, along with extensive discouragement from several other sources. A large majority of people believe in a relationship between ECT and brain damage and consider it a significant source of memory loss.

So is there any truth in this notion, or is it merely a construct of deeply skeptical and imaginative minds? This article aims at debunking several myths that revolve around ECT, memory loss, and brain damage. Let’s get started!

What is Electroconvulsive Therapy (ECT)?

Electroconvulsive therapy is a medical procedure that involves the application of electric current to the brain through the scalp for a brief amount of time to induce a seizure. This procedure causes a momentary electric stimulation of the brain while a patient is under anesthesia.

It is generally used to treat patients suffering from severe depression and mental illnesses, such as bipolar disorders, who do not respond to other orthodox treatment methods. It is known to alter the brain’s chemistry in a way that can quickly reverse the symptoms of some critical mental health conditions.
Electroconvulsive therapy is administered by a team of specially trained medical professionals, including an anesthesiologist, a psychiatrist, a nurse, and a physician’s assistant.

Why is electroconvulsive therapy (ECT) used?

ECT is regarded as one of the fastest ways to relieve symptoms in suicidal, severely depressed, maniac, and other mentally ill patients. It is typically used as a secondary treatment option in the later stages when a patient remains unresponsive to other means of treatment and therapy.
Medical professionals may also resort to this form of therapy when a patient’s life is in danger due to severe illness or those who pose a severe threat to themselves or others. In such cases, it is not medically wise to wait until medications take effect as it can cause serious repercussions.

Is ECT a painful procedure?

ECT is always done under the influence of general anesthesia. Since a patient is asleep, they are unaware of the procedure taking place and do not feel any pain. The only discomfort patients may feel is the slight prick when they get inserted with an IV for the anesthesia. Some patients may even experience some mild headaches after the first or second treatment.

Medical professionals several years ago used muscle relaxants in addition to general anesthesia, which increased the risk of injury to bones, teeth, or joints because of the convulsions brought about by the seizures induced by the treatment. However, with science progressing by leaps and bounds, patients remain still throughout the procedure even when injected with an anesthesia and muscle relaxant, reducing the risk of significant injuries.

Why is ECT Performed?

Electroconvulsive therapy is performed to provide significant and rapid improvements in severe symptoms of several health conditions, some of which are mentioned below:

ECT is also used as a suitable treatment option in cases where medications cannot be tolerated or some other kinds of therapy do not work. Some such instances may include:

What are the Risks Associated with ECT?

ECT is generally considered a safe procedure by many medical specialists, but it does have many side effects. Some of these include:

Patients who undergo this treatment may experience confusion immediately after the treatment, which may differ in different individuals, ranging from a few minutes to several hours. In severe cases, it may last several days or even months. Patients may have trouble recognizing where they are or why they are there. This state is generally more likely to occur in older adults.
Some people may experience headaches, nausea, jaw pain, or muscle ache after the treatment. These side effects can generally be remedied through medications.

Almost all kinds of medical procedures that involve anesthesia have a risk of medical complications. This is especially true in the case of ECT, where patients may suffer from an increase in their blood pressure and heart rate. In severe conditions, ECT may even lead to serious cardiovascular complications.
Patients who already suffer from heart conditions are at a higher risk of experiencing such health complications. Organizations like the American Psychiatric Association state the risk of death to be greater than 1 per 10,000 patients, with the leading cause of death being cardiovascular failure. In addition, some other mortality risks are significantly greater for older individuals in the target age group for ECT, such as those associated with general anesthesia procedures.

Memory loss is one of the most common and most debated side effects of ECT. Some people face difficulties remembering the events that occurred right before getting the treatment or even weeks or months before the treatment.

In rare cases, some may even face trouble remembering events from past years. Some patients may also face difficulty recalling the events that occurred during the weeks leading to their treatment. This condition is medically termed retrograde amnesia.

The adverse cognitive effects brought about by ECT significantly limit its use. Retrograde amnesia is one of its most persistent adverse effects, and a large majority of people experience gaps in their memory regarding the events that occurred closer in time to the treatment. Although retrograde amnesia improves during the first few months after ECT, the recovery is incomplete for many patients with permanent amnesia for the events closer to the treatment.

Brain damage is another highly controversial side effect of electroconvulsive therapy. However, the particular incidence of brain damage is yet unknown. Some findings range from 12 to 55% if the brain damage is defined as memory loss that persists at least six months after the last ECT session. Scientists believe these effects are more common in older individuals and women, and these groups receive ECT disproportionately.

Advocates of ECT treatments deny such brain damage claims even though one particular manufacturer of ECT machines states “permanent brain damage” as a risk. Some other experts consider depression the cause of brain damage and memory loss instead of the electricity treatments.

A review concluded that no evidence of a correlation between ECT treatments and impaired memory/cognition exists. Several such studies have obtained widespread media coverage, and the review of Max Fink’s Electroshock: Restoring the Mind proved ECT to be one of the safest medical processes and that the risk revolving around this treatment to hold a tendency to damage the brain is majorly a myth prompted by anti-psychiatrists. However, there exist varying degrees of controversial statements from experts, and science is yet to reach a conclusion.

The most recent action lawsuit regarding ECT is not primarily centered around brain damage and memory loss but instead on the failure of medical professionals and psychiatrists to inform patients of this risk.
NeuroX offers affordable online neurological and psychiatric care from American board-certified and fellowship-trained sub-specialists right at your doorstep. Our experts hold expertise in all complex diseases related to brain health, including but not limited to stroke, dementia, epilepsy, movement disorders, multiple sclerosis, etc., and you can choose one of your choice by viewing their detailed profile.
Head over to NeuroX right now and get a board-certified provider licensed in your state to review your medical history and provide you with an interactive consultation session through video!