Can Migraines Cause Nausea? - NeuroX

Can Migraines Cause Nausea? 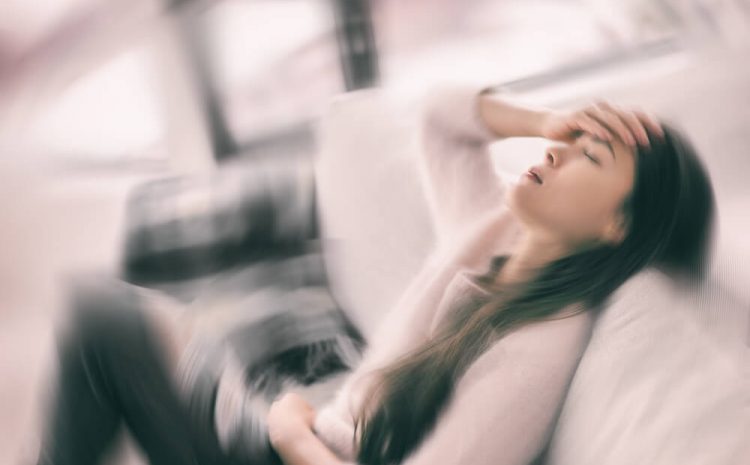 What is a Migraine?

A migraine is a kind of headache that causes a pulsating or throbbing sensation that usually affects one side of the brain. This pain is typically accompanied by nausea and vomiting, along with high sensitivity to sound and light. Migraine attacks’ severity varies from person to person and may last from a few hours to several days. A migraine attack is quite different from a common headache: it can interfere with an individual’s daily life functioning.

Some people may experience some warning symptoms before or with the attack, such as the aura. An aura may include visual disturbances, including blind-spot appearance or flashes of light, or other kinds of troubles, such as difficulty speaking or tingling sensations in one arm, one leg, or one side of the face.

What are the Common Symptoms of Migraine?

Migraines do not have an age window and can affect children and adults alike. It most commonly progresses in four stages, which are as follows:

However, not all individuals who suffer from a migraine attack necessarily go through all these stages.

An individual may notice subtle signs before an upcoming migraine, which may include the following:

Aura can occur before or during a migraine. These are the reversible nervous system symptoms that are typically visual but may also include other disturbances. The symptoms usually appear gradually, slowly building up over several minutes, and may last for an hour.

Some common examples of migraine aura include the following:

If left untreated, a migraine attack can last from 4 to 72 hours. Such attacks vary from person to person, as they may occur several times a month or rarely.

An individual suffering from a migraine may experience the following symptoms:

The postdrome is the state after a migraine attack passes, and an individual may feel drained, confused, and washed out for up to a day. Some people report feeling elated. A sudden head movement might bring on the pain again briefly.

Relationship Between Headache and Nausea

Medical professionals and researchers have not been able to root out the exact reasons behind the cause that connects headaches and nausea. One theory pinpoints serotonin, which is a brain chemical.

Another theory revolves around particular nerve pathways (glossopharyngeal and vagus) and brain pathways that cause a brainstem area to excite, thereby triggering vomiting. Whatever the cause, a migraine is a kind of headache that is likely to cause an individual to feel nauseated. However, several other reasons for head pain may also cause an upset stomach.

What are the Causes of Migraine Nausea?

A large majority of people who suffer from migraine headaches also report stomach problems at the same time. Research shows that 8 out of every ten individuals in the United States report getting nauseated with headaches. Some people are also more likely to get nausea with migraine, such as those prone to motion sickness.

Certain conditions pertaining to migraine may cause nausea and vomiting, some of which are as follows:

Migraine with or without aura

People who suffer from a migraine with aura usually notice warning symptoms about 20 minutes to an hour before the migraine attack, such as dizziness, vision problems, and nausea. In contrast, those who suffer from migraine without aura may experience nausea, severe sensitivity to light, and throbbing head pain.

Although quite rare, children can have migraines that cause stomach pain instead of pain in the head. This can cause them to feel nauseated or vomit.

Several other causes may result in migraine nausea, such as the following:

Is Nausea a Side Effect of Migraine?

Nausea is one of the most common symptoms of migraine: it has become so common that it is now a part of the diagnostic criteria. However, nausea is not the same for all individuals suffering from migraine: it may exhibit symptoms like anorexia, where a person does not have an appetite or does not wish to eat lest they get sick. Other forms of full-blown nausea may cause a person to sweat profusely and eventually vomit if they don’t get treatment for the migraine.

Can you get rid of Nausea Caused by Migraine?

However, it is common for almost all migraine treatment plans to address the most bothersome symptoms, including nausea, light and sound sensitivity, and vomiting. Therefore, it is likely that your treatment plan already includes medication for nausea. If your current medicine fails to bring you relief, you should contact a medical professional immediately.

Some new migraine medications known to target particular receptors on sensory nerves include gepants and ditans, but they should also be taken under your doctor’s discretion.

NeuroX offers American board certified neurologists and fellowship-trained medical professionals specializing in all the major psychological and neurological diseases, especially migraines and headaches. If you are looking to get a consultation for your migraine condition and its symptoms, NeuroX is the most suitable choice for you. You can get affordable and high-quality online care right at your doorstep within 24-48 hours of appointment booking, so head over to NeuroX right to sign up!