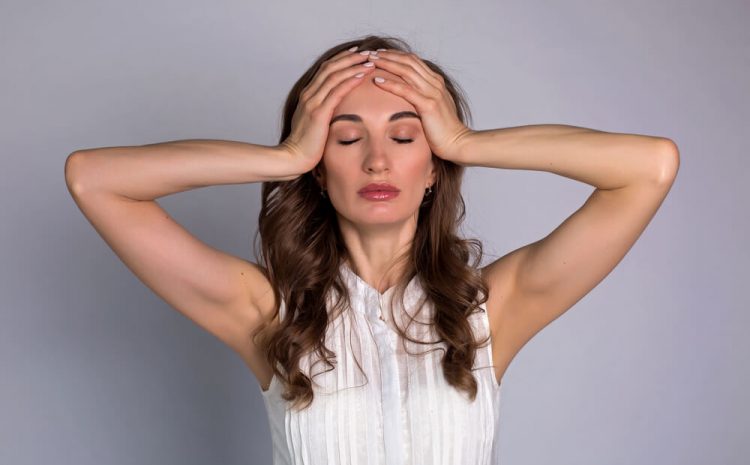 Related: What Causes Migraines In Females?

Complicated migraine is a term that is considered outdated and no longer relevant to the medical community. While there was no clear definition, the term complicated migraine usually described a migraine with an aura or migraines which were associated with prolonged or atypical aura symptoms.

Complex migraine is no longer in use because it is a catch-all term that describes migraine symptoms that cause:

Since there wasn’t a precise definition of the term complicated migraine, doctors started using clear and specific clinical terms to talk about them.

Related: Can Migraines Cause Nausea?

Examples of common migraine triggers include the following:

However, a typical migraine with aura is caused by cortical spreading depression or CSD. CSD refers to waves of changed or altered brain activity spread throughout the brain, leading to nerve cell responses and blood flow alterations.

Hemiplegic Migraines occur because of CSD in the cortex. They have also been linked to genetic mutations. Depending on how the genetic mutations have occurred, the hemiplegic migraine can be divided further into two categories:

On the other hand, migraines with brain stem auras have at least two symptoms that originate in the brain stem—for example, vertigo, tinnitus, and double vision.

Aura symptoms of a typical migraine include:

Sometimes in severe cases, patients may experience prolonged weakness, memory loss, confusion, seizures or personality, and behavioral changes. Furthermore, a minority of afflicted individuals can develop symptoms of the involvement of the cerebellum. The cerebellum is the part of the brain which controls balance and coordination. It is also involved in cognition and behavior.

Signs and symptoms of the involvement of the cerebellum include

Migraines with BrainStem Aura are also known as basilar migraines. These headaches originate in the lower part of the brain, known as the brainstem. The aura changes can occur about ten to forty-five minutes before the head starts hurting. The migraine and headache pain starts on one side of the head, spreading gradually and becoming stronger with time. It can last for four to seventy-two hours. Patients need time to recover from it, and they can feel drained up until a day after it subsides.

Symptoms of migraines with brainstem aura include:

This is not an exhaustive list of symptoms, as symptoms may differ from person to person.

Typically migraines have four phases: prodrome, aura, pain, and postdrome. Atypical migraine does not have all of these phases. Atypical migraines skip the aura phase, which usually includes symptoms like flashes of light, zigzagged lights, blind spots, or tingling in some areas of the body.

Since the aura changes do not indicate the beginning of a migraine, an atypical migraine begins abruptly with headache pain.

Specific symptoms linked to an atypical migraine include:

People who can’t tolerate triptan are treated with calcitonin gene-related peptides. Lastly, complex migraines are usually treated with an NSAID. Triptans are generally avoided in this case.

What to do once you recognize the symptoms:

While atypical migraines are common, it is always best to visit the doctor immediately and seek an informed opinion. The doctor can give you tips, tricks, and strategies to minimize the discomfort you are experiencing. They will also help you identify why you get the migraine episodes and help mitigate those. Learning why you get a migraine or what factors are most likely to affect you can reduce the frequency of your migraine episodes.

In addition, the doctor is likely to evaluate your health history. This means that the doctor can also pinpoint if your symptoms align with the onset of other diseases and disorders. They will administer the treatment plan accordingly to treat underlying conditions.

On the other hand, if your symptoms align with a hemiplegic migraine or a migraine with brainstem aura, you should see a headache specialist who has dealt with the ‘complex migraine’ before. They will be better equipped to treat you and provide you with an effective and safe treatment plan. Sometimes the doctor may recommend seeing a neurologist to treat complex migraines because it’s a little tricky to deal with them. Neurologists can conduct exams and prescribe treatments more effectively.

While the term ‘complex migraine’ isn’t commonly used, it is useful to keep the symptoms and types in mind to address any issues that may occur.

NeuroX provides affordable psychiatric and neurology care right at your doorstep and can provide you with the medical and emotional support you require. Head over to NeuroX right now to get started and get online consultations from a board-certified neurologist of your choice within 24-48 hours