What Is The Difference Between Delirium And Dementia? 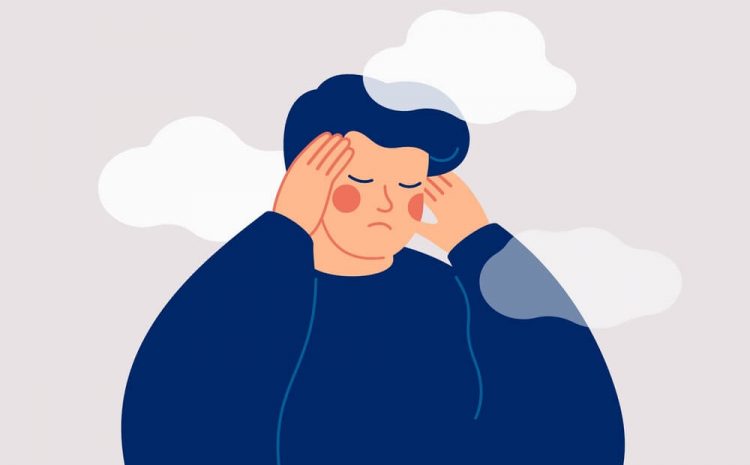 Dementia and delirium are crucial health conditions that alter an individuals ability to think
clearly and make rational decisions for themselves. Although they share some common signs and
symptoms, they have different causes, outcomes, and treatment procedures.
Because of their likeness, delirium, which requires immediate medical care, is seldom misconstrued
for dementia. However, in some cases, both these ailments may occur simultaneously. Let us look
into what delirium and dementia are and how they differ from each other.

Delirium is a serious medical condition in which a person’s mental state fluctuates over short
periods of time. Such a person may face trouble following a conversation and paying attention.
Delirious people also suffer from garbled, illogical, confused, and unpredictable speech and an
unclear state of mind which may vary from sluggish to watchful to agitated and sleepy.
Delirium is considered a medical emergency and is usually due to an underlying cause. Once the
reason is rooted out and treated, delirium can be completely cured. The pivotal features of
delirium include:
● Inattention, confusion, or distraction
● Acute onset (hours or days) with a fluctuating course
● Altered level of consciousness, which may include delusions and hallucinations

Signs and symptoms of delirium

The signs and symptoms of delirium typically begin over a few hours or a few days and often
fluctuate through the day. There may be some time periods where a person may not exhibit any
symptoms at all. It is typical for the symptoms to worsen along the day and be exceptionally severe
during the night or in the dark when the environment appears less familiar or welcoming. The
following are some of the common signs and symptoms of delirium:
● Uninterest in the environment or acting withdrawn
● Frequent switching of topics or inability to stay focused on one topic
● Failure to respond to questions
● Staying stuck on an idea for long
● Being easily distracted by minute or insignificant things
● Diminished awareness of surroundings
● Cognitive impairment
● Poor or distorted memory, especially short term memory
● Garbled or incoherent speech
● Inability to recall common words
● Difficulty in reading and articulation of speech
● Incapacity to comprehend speech
● Disorientation: not knowing who you are or what you are doing at a particular place
● Behavioral changes
● Emotional imbalance
● Depression, anxiety, paranoia, or fear of the unknown
● Anger or higher irritability
● Unpredictable and rapid mood swings: experiencing euphoric feelings at one instance and
feeling down the next
● Personality changes
● Apathy
● Hallucinations: seeing things that do not exist
● Combative behavior, agitation, or restlessness
● Frequent moaning or making random or weird sounds
● Acting withdrawn and silent, especially in older adults
● Lethargic movements
● Disturbed or intermittent sleep
● Reversal of sleep cycle: staying up during the night and sleeping during the day

Delirium is medically taken as a warning sign of a much more significant and potentially damaging
medical complication occurring. It occurs when the brain’s standard transmitting and receiving
signals become impaired, which is most likely caused by a nexus of factors making the brain
vulnerable.
Such causes may trigger a chain of malfunctions in brain activity, which can worsen if left
untreated. That is why it is pivotal to root out the underlying causes and seek medical help
immediately after a person starts exhibiting these symptoms. Delirium is a curable disease and can
be completely treated by treating the underlying cause.
Delirium may have one or a combination of more causes. In some complicated cases, doctors
cannot identify any cause at all. Let us delve into some of the common causes of delirium:
● Brain tumors or other severe head trauma
● Frequent drug interaction, especially in people with drug sensitivity
● Severe dehydration or malnutrition
● Drug toxicity
● Drug intoxication or alcohol withdrawal
● Exposure to toxins such as poison, cyanide, or carbon monoxide
● Acute infection and high fever, especially in the case of children
● Critical medical conditions such as heart attack, stroke, or injury from fall
● Liver failure or other related complications
● Kidney failure
● Metabolic imbalance (low calcium or low sodium concentration in body)
● Urinary tract infections, the flu, or pneumonia, especially in older adults
● Severe, terminal, or chronic illness
● Severe emotional distress
● Chronic pain
● Anesthesia or surgical processes that include anesthesia
● Combinations of medications such as pain drugs, allergy medicines, anti-anxiety pills,
sleeping pills
● Parkinson’s disease drugs, corticosteroids, steroids, or drugs used for the treatment of
convulsions or spasms may also be a trigger for delirium

Dementia is an umbrella term rather than a single disease and includes a wide array of medical
conditions such as Alzheimer’s disease, Lewy body dementia, and several others. The disorders that
are termed under the umbrella term dementia are typically caused by abnormal changes in the
brain that impair daily life severely.
These changes also trigger a decline in cognitive abilities, including thinking and acting skills, and
weaken an individual’s independent functions. In addition, such conditions may also cause
behavioral changes and emotional distress, leading to several other undesirable mental health
conditions.
Alzheimer’s disease accounts for about 60-80% of all dementia cases. In contrast, Vascular
dementia, which is caused by microscopic bleeding in the brain and blockage of blood vessels,
ranks second place. Some people also experience the symptoms and brain changes of multiple
kinds of dementia at once, and this condition is termed mixed dementia. Dementia was formerly
incorrectly referred to as “senility,” but this common notion has now been declared inaccurate.

Signs and symptoms of dementia

Dementia does not occur overnight or even over a year. It develops over several years and may
reach its maximum potential after years of cognitive disabilities.
Individuals may face trouble following basic instructions, remembering the most common facts
and figures such as the direction of their home, suffer from frequent confusion or forgetfulness,
and have difficulty talking or understanding others before they develop full-blown dementia.
The symptoms of dementia start appearing when the nerve cells or once-healthy neurons in the
brain lose connections with other brain cells, stop working, and die. Although the loss of
connection between neurons is a normal part of the aging process, people with dementia undergo
this loss at a considerably more significant and quicker scale. The symptoms of dementia can vary
in different kinds of dementia but typically include: 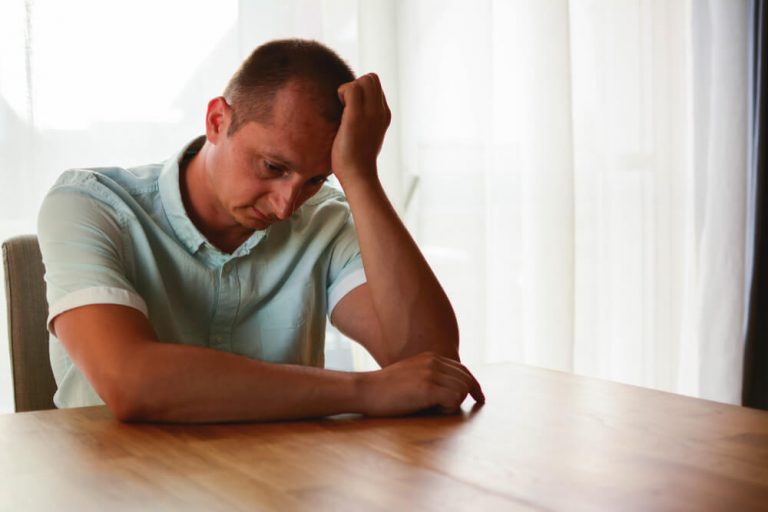 The causes of dementia are exceptionally widespread and particularly unknown. Depending on the
extent and kind of brain changes, they may vary, but the underlying causes are yet to be discovered.
A considerably small number of people suffer from rare genetic mutations that may cause
dementia, but more research is required in this domain.
There are no known preventive measures for dementia either. Living a healthy, active, and
nutritious lifestyle may aid in reducing the risk factors that are generally associated with this
disease.

Differences between Dementia and Delirium

Dementia and delirium (commonly referred to as acute confusional state) are the most typical
causes of cognitive impairment. Because of a similarity in their signs and symptoms, they are
usually considered the same disease. That is, however, not the case, as both are starkly distinct
disorders.
Although cognition is disordered in both these diseases, dementia majorly affects memory, and
delirium commonly affects attention. Similarly, delirium is commonly caused by drug toxicity or
acute illness and is reversible in most cases. Dementia, in contrast, is primarily driven by anatomic
changes in the brain, is generally irreversible, and has a slower onset. Let us look into some other
differences between the two.

Delirium entails sudden and abrupt changes in the mental state. The changes may range from
confusion to agitation to tiredness and drowsiness.
Signs of dementia typically entail forgetfulness, loss of memory, and cognitive impairment.
Individuals who have dementia may also face trouble speaking and understanding speech.
Dementia occurs over long periods of time, unlike delirium.

The appearance of signs & symptoms and onset

Patients who have dementia typically undergo slow retardation in mental state and behavior,
which may last several months or even years.
Delirium, in contrast, induces sudden changes in behavior or mental condition and causes abrupt
mood swings over a period of days or even hours.
Delirium has an abrupt onset with a definite beginning point, whereas delusion has a gradual onset
with no actual beginning point.

Individuals who have dementia typically seem confused and have illogical thinking patterns. They
may be unable to focus on even minute tasks as the disease progresses and may develop an inability
to talk coherently, express themselves fully, or understand others well. They may also suffer from
paranoia or hallucinations. Dementia primarily affects short-term memory, rendering people
unable to remember recent events, where they are, who they are, and even the names of their loved
ones.
In contrast, people suffering from delirium do not exhibit a long-term inability to express
themselves fully. However, they may suffer from abrupt emotional or behavioral changes,
hallucinations, or short-term memory loss.

Delirium is typically short-term and lasts from days to weeks but can be longer in severe cases or
when a definite underlying cause cannot be determined or treated.
Dementia, on the other hand, is usually permanent, slowly progressive, and irreversible.
Medications can retard its course but cannot eliminate it.

Delirium can be treated as long as its underlying causes are treated. Dementia is not a reversible
medical condition: medications may slow progression but cannot reverse symptoms or cure the
disorder.

Individuals with delirium almost always suffer from worsening symptoms at night, but that is not
the case with dementia patients who may or may not exhibit worsened symptoms.
Since delirium primarily affects attention, the attention span of delirious patients is significantly
impaired. Dementia patients, in contrast, do not suffer from an impaired attention span until the
disease progresses and reaches a severe stage.
The same is the case with the level of consciousness: delirious patients have a visibly impaired level
of consciousness right from the beginning of their disease. However, the level of consciousness in
individuals who have dementia does not get impaired at the start and only worsens as the disease
progresses.
Dementia patients have a considerably impaired orientation of time and space, which is not always
the case in delirious patients. Their orientation varies depending upon the time of the day or their
medical condition.

Delirium commonly develops in patients who have dementia. A common clinical error is
mistaking delirium for dementia in older patients. This clinical error must be avoided at all costs,
even though no laboratory tests can definitively distinguish between the two ailments or establish
the cause of cognitive impairment. Only a thorough physical examination, evaluation of the
symptoms, and comprehension of an individual’s medical history can lead to a correct diagnosis.
Certified neurologists at NeuroX provide affordable neurology and psychiatric care right at your
doorstep or online, as per your convenience. By choosing Neurox, you can consult with a board-
certified provider licensed in your state through an interactive consultation video and clear out any
queries you may have regarding your medical condition. Head over to NeuroX right now to
register yourself and get the best treatment in your state!