Differences Between A Stroke And A TIA 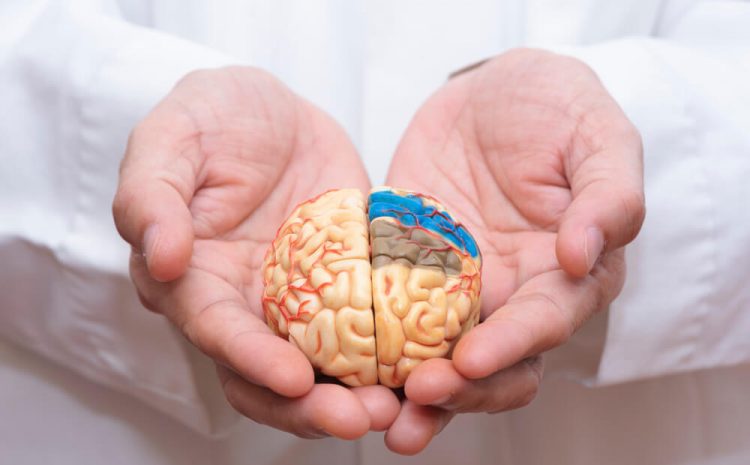 About 795,000 people suffer from a stroke every year in the United States, 87% of which are Ischemic strokes. What are the symptoms of a minor, major, and ischemic stroke, and what may be their risk factors and causes? Is a stroke different from a transient ischemic attack? Let’s find out.

What is a Stroke?

A stroke is a brain injury caused by the interrupted blood supply to a specific area of the brain long enough to cause permanent cellular damage. Intervention in the blood supply may either be due to disruption or blockage in the arteries that supply oxygen and nutrient-enriched blood to the brain cells.

A lack of oxygen and nutrients does the same to brain cells as it would do to us; the cells start dying. Consequently, body functions controlled by the deoxygenated brain cells get disrupted. These functions include speech, memory, mobility, and muscle movement. The severity of symptom impairment depends upon the stage of cell death in the brain.

Arteries carrying oxygenated blood to the brain may sometimes get blocked due to the formation of blood clots, and this causes ischemic strokes. A slightly less common cause of stroke is the bursting of arteries where blood is spilled into the brain, which causes significant damage to brain tissues. Such a stroke is known as a hemorrhage stroke.

What is a Transient Ischemic Attack (TIA)?

A transient Ischemic Attack is also referred to as a “mini-stroke.” It holds considerable similarities to an ischemic stroke, with the only difference being a temporary blockage or obstruction in blood supply to the brain. Blood flow resumes its usual course after being disturbed for a short interval, and therefore the symptoms also subside in less than an hour.

The brief temporality of a TIA should not be, in any case, translated to its harmlessness. A patient should not ignore a TIA under any circumstances as it is merely a warning of an imminent major stroke. Immediate intensive medical attention is advised to an individual suffering from this ailment even if the symptoms subside.

This practice can save someone’s life as individuals with TIA have nine times increased risk of a major stroke.

Is TIA a Stroke?

No, TIA is not a stroke, even though both are states of the ACVA group. A Blood clot dissolves on its own in a TIA, which is not the case in stroke. The causes of both these ailments are similar. They include cardiovascular diseases, vascular complications caused by diabetes mellitus, atherosclerosis, systemic connective tissue diseases causing vascular lesions, and improperly functioning blood coagulation systems.

Amidst several clinical similarities, TIA and stroke differ in the severity of their condition and reversibility of the effects on neural cells. Necrosis or cell death due to hypoxia (lack of oxygen) is the hallmark of an Ischemic stroke, also called cerebral infarction. Necrosis does not occur in TIA as specific parts of the brain do not die. Consequently, bodily functions, including speech and body mobility, are not permanently disabled and are only temporarily impaired.

Neurological symptoms appear pretty suddenly and disappear at the same pace once the body restores blood circulation to the brain without external support. Recovery in the case of TIA may take anywhere between two days to 3 weeks but considerably longer in the case of stroke. Acute stroke can develop due to repetitive TIAs and is a much critical consequence of blood flow dysfunction.

The symptoms of stroke can be divided into two pictures; cerebral and focal neurological. Cerebral symptoms may vary from person to person but typically include a piercing headache, lack of mobility, dizziness, vomiting, nausea, an overwhelming feeling of being unwell, inability to move eyeballs, excessive sweating, sudden numbness, drowsiness, and even convulsions in some cases.

Symptoms of TIA and its After Effects

Symptoms of a TIA resemble those of a stroke but are less severe. Paralysis in one side of the body, face, legs, or arms, vision impairment in one or both eyes, vertigo, lack of coordination, garbled speech, and inability to comprehend others may include some symptoms. Symptoms may vary in the case of recurrent TIAs.

If ignored and not treated appropriately, TIA’s ultimate aftereffect is a stroke. Doctors say that up to 30% of TIA patients have a risk of suffering from a serious stroke in the three months following a Transient Ischemic Stroke.