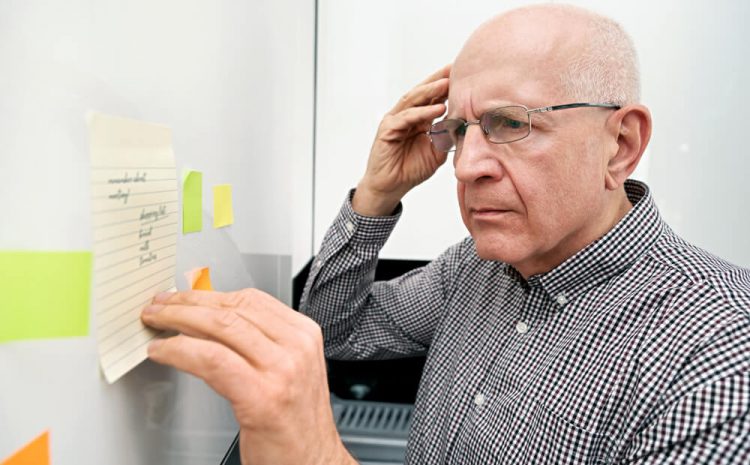 Around 40% of people above the age of 65 experience some form of memory loss. This memory loss is not caused by underlying medical conditions, rather, it occurs because of progressing age. Some people may not experience any decline at all, while for others it may be a gradual process. Therefore, simple memory loss isn’t amongst the signs of dementia, unless it is combined with other early symptoms of dementia discussed below.

The term dementia doesn’t refer to a concrete, specific disease. It encompasses a set of dementia symptoms that are caused by disorders affecting the brain. These disorders cause a decline in memory and other mental abilities of an individual, affecting their daily activities.

It is a progressive disease where brain cells become damaged and eventually die, the first stages of dementia spiral into the last stages quickly. This is why it is important to catch the warning signs of dementia quickly and be diagnosed as soon as possible.

Dementia does not only encompass Alzheimer’s disease, constituting around 60 to 80% of the cases. Other types can also occur, such as:

Dementia needs long-term management and treatment from professionals. People who suspect these symptoms should visit a doctor or a telehealth platform, like NeuroX that provides affordable and efficient online care within the comfort of your home with some of the best neurosurgeons and psychiatrists in the country.

We have compiled the 10 early warning signs of dementia, to ensure an early diagnosis, whether you are reading for yourself or are concerned for a loved one.

Amongst one of the signs of dementia is forgetting things more often or difficulty recalling something that has been shared or relayed just a little while ago. While it is normal to forget a friend’s phone number, the name of that particular actress or movie, or an appointment set for the day, it is not common to keep on forgetting such information frequently.

Another dementia symptom is facing difficulties in finishing up or starting tasks which you have been doing all your life, such as emailing something to someone or even forgetting the motions of driving a car. Sure, sometimes, you forget to serve something that is a part of the meal like the mashed potatoes that go with steak, but forgetting how to do routine tasks on the regular is an early warning sign of dementia.

Sometimes, you can have trouble finding the right word for what you want to express and say. However, a warning sign of dementia is that a person with dementia tends to forget simple words which makes what they are saying incomprehensible to the listener.

You can forget where you are, or what time it is for a moment. Like jerking awake from a nap during the day thinking it’s the next day when it’s only 5 in the afternoon. However, a person who has pre-dementia can get lost on their way home from the mart or the park, and they may even forget how they got there and be unable to find their way home. This symptom is also a key reason why you must catch the disease in the first stages of dementia.

Amongst early dementia symptoms is making questionable choices and decisions. Sometimes, a person may put off going to the doctor when they are under the weather – this is normal (but you should not do it). A person with dementia, however, may not recognize that something is an urgent medical problem that must be attended to or put on a pair of thick socks on a hot summer’s day.

Another warning sign of dementia is people having difficulty understanding what the numbers and symbols around them mean. They may have trouble using a calculator or balancing a checkbook even when they have been familiar with it all their life. They can have a great deal of difficulty with such because they have lost the understanding of what numbers are and how they can be used.

Amongst the first stages of dementia is also putting things in the wrong places, like putting keys in the fridge or putting your phone in the sugar bowl.

While anyone can be sad and moody from time to time, an early warning sign of dementia is an individual switching up moods, becoming angry, crying, and becoming calm all in an hour or so.

Sometimes, the person undergoes a massive personality change, like becoming confused, suspicious, and withdrawn when they are normally neither.

A person who is pre-dementia may become passive and disinterested in things that used to interest them, often requiring prompts to become invested.