How are blood thinners used to prevent strokes? 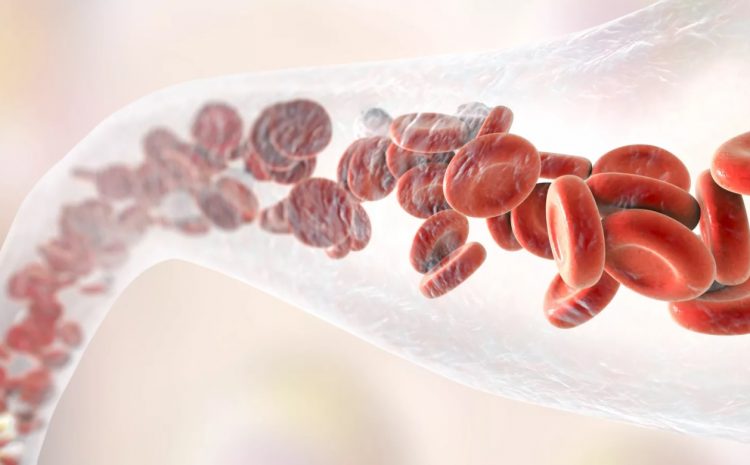 You may have been told that you should take a “blood thinner”. Or maybe a family member or friend has shared that they are on a blood thinner. Do you know what this means? The term “blood thinner” loosely means a medication that makes the blood not clot as easily and flow better through the arteries and veins of the body. However, it is not so simple as that! Before we break down which blood thinners are used and how they prevent strokes, it is important to understand the body’s system for clotting. If you have a cut on your skin or an injury to one of your bodily organs, clotting can be very important to stop blood loss, which in turn can help the process of healing. What is involved in blood clotting? A simple way to look at the clotting system is by breaking it into two categories: 1) the coagulation cascade, and 2) the platelet aggregation. 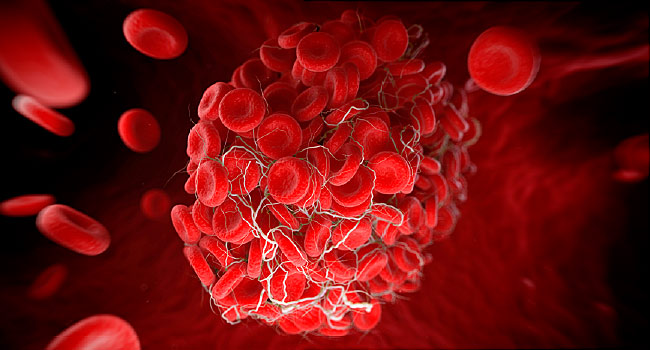 The coagulation cascade involves a number of substances produced by the body –  largely by the liver – such as Factor VII Factor IX, Factor X, Factor VIII, Thrombin, Fibrinogen, Protein C, Protein S, and Fibrin that play roles in clotting. 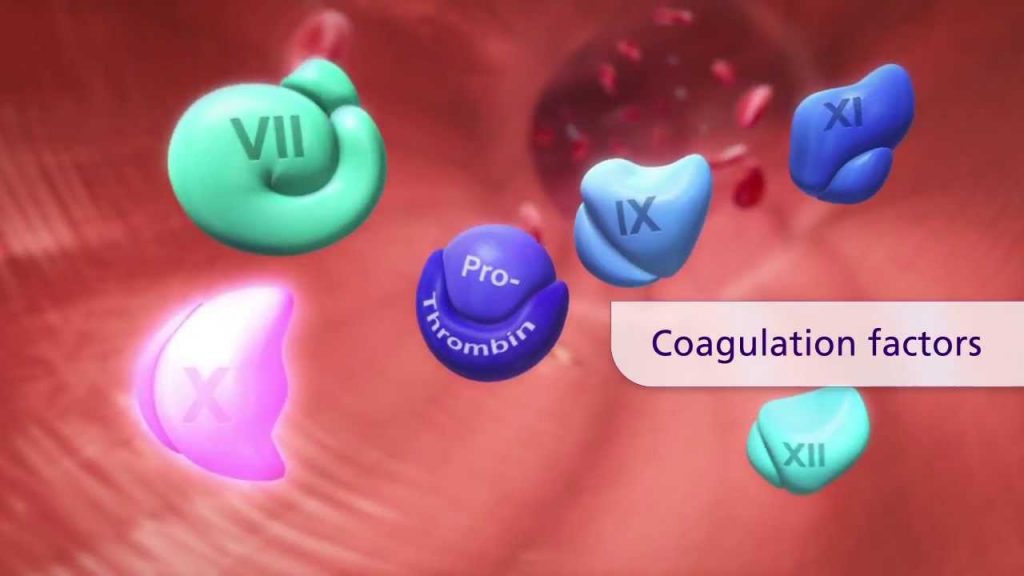 The other pathway is through platelet aggregation. Platelets are cell fragments that are produced by the bone marrow and circulate in high numbers in the bloodstream. They are the “sticky” aspect of the blood that help stop bleeding. These platelets have receptors on them that can make them more or less “sticky.”

How do these clotting systems play into “blood thinners?”

Blood thinners can be split into two categories: 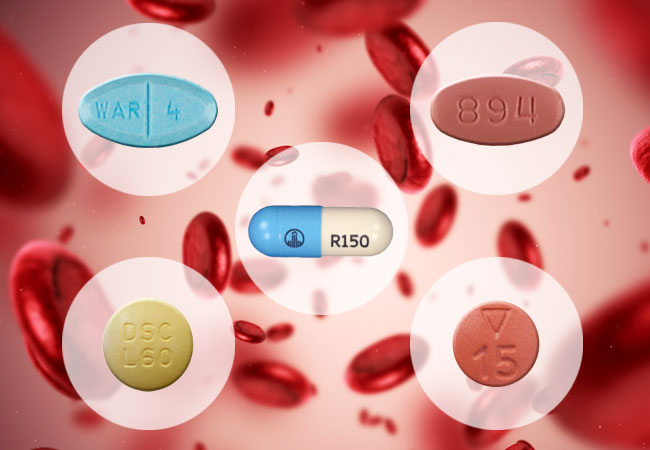 Stroke is a condition in which there is lack of blood flow to areas of the brain that causes damage to the brain by a lack of oxygen and glucose delivered to the brain tissue. Often, this is due to the formation of clots in blood vessels. What are examples of anticoagulants? The longest established anticoagulant is warfarin (Coumadin). Warfarin works by blocking vitamin K in the body, which causes the liver to not be able to manufacture as much of the pro-clotting factors – including Factor VII, Factor IX, and Factor X. This decreases the amount of these factors, making the blood not clot as readily. A curious fact is that this effect was first seen in cows who ate grains contaminated with a substance related to warfarin, and scientists had to do extensive testing into why the cows were bleeding more than usual. This discovery in Wisconsin lead to the production of warfarin. One of the first human subjects to be treated with warfarin was President Eisenhower, following a heart attack. Because warfarin works by blocking vitamin K, doses must be customized for the patient’s own metabolic or nutritional system as well as intake of foods. It is important for the patient to have a consistent intake of vitamin K in order to find the correct dose of warfarin. Examples of foods that are high in vitamin K include green leafy vegetables, salad lettuce, brussels sprouts, broccoli, cauliflower, fish, liver, certain meats, and eggs. Warfarin has been used for many years and is very inexpensive. However, in some patients it can be challenging to find the right dose of warfarin and it often requires frequent blood tests to ensure that the effect of the medication is “therapeutic.” The blood test looking at the effect of warfarin is called the “INR” or International Normalized Ratio. Heparin, or a modified version called enoxaparin (lovenox), are injections of a medication that has been used for many years as an anticoagulant. This acts directly on the coagulation cascade. The downside is the need for frequent injections with needles. More recently, there have been several pills developed that also act directly on the coagulation cascade, rather than indirectly through vitamin K or the liver. One category of medications that block a portion of the coagulation cascade is called Factor Xa inhibitors. The most common examples include rivaroxaban (Xarelto) or apixaban (Eliquis). With these medications, dietary intake of vitamin K does not need to be regulated and there is no need for frequent blood tests. Clinical trials showed that these medications are slightly better than warfarin at preventing stroke, and have a lower incidence of bleeding in the brain than warfarin. Rivaroxaban tends to have more bleeding in the gastrointestinal system than apixaban. An upside to rivaroxaban is that it can be taken only once daily, whereas apixaban needs to be taken twice per day. However, rivaroxaban must be taken with food in order to allow full absorption of the medicine. These medications are more expensive than warfarin, but many insurances have been offering good coverage. The other category of newer medications that directly block the coagulation cascade as an anticoagulation is direct thrombin inhibitors, including dabigatran (Pradaxa). This medication is taken twice per day. Like rivaroxaban and apixaban, dabigatran has no need for modifying diet, no need for frequent blood tests, and it appears to be slightly better at preventing stroke than warfarin. However, there is a slightly increased incidence of bleeding in the stomach. What happens if someone has a bleeding event while on an anticoagulant? Fortunately, for all of the above listed anticoagulants, antidotes have been developed that can be given in the setting of life-threatening bleeding events. In the case of more simple minor bleeding events, bleeding can stop by holding pressure on the area.

What are examples of antiplatelet medications?

The most commonly known antiplatelet medication is aspirin. This binds with an enzyme on the platelet cell fragments called COX-1, which irreversibly causes the platelet to be less “sticky.” Other newer antiplatelet medications work on platelet aggregation by inhibiting the ADP receptor and then the glycoprotein GPIIb/IIIa complex, which keeps the platelets from sticking together, and keeps fibrinogen from binding. Examples of medications that work on this pathway include clopidogrel (Plavix) and eptifidbatide (Integrilin). Clopidogrel can be metabolized at different rates depending on different medications or genetics, so your Neurologist may consider testing to see how you respond to this medication if using it. Another option for blocking platelets includes medications that inhibitor PDE3 activity, such as cilostazol (Pletal). In general, antiplatelets tend to have a weaker blood thinning effect than anticoagulants. If a bleeding event occurs, most of the time the treatment is simply holding pressure and waiting. If the bleeding is life threatening, occasionally medications can be given, or a platelet transfusion can be considered.

How does a Neurologist choose to use an anticoagulant or an antiplatelet to prevent stroke?

After a person has experienced a stroke and is recovering, the most important thing for the Neurologist to do is to investigate the cause of the stroke, as this greatly changes the measures taken to prevent another stroke from happening. The NeuroX Neurologist can take a detailed history and review diagnostic tests to customize your therapy to best prevent another stroke. Anticoagulant medications are most commonly used when a stroke is caused by a blood clot coming from the heart in an abnormal heart rhythm called atrial fibrillation, also referred to as afib. In afib, the top part of the heart quivers and does not empty well, leading to the formation of blood clots. Anticoagulants keep blood clots from forming and therefore prevent stroke. The Neurologist will take many factors into account – including age, diet, kidney function, weight, and patient preference – to customize the therapy and choose the best medication. Other examples when anticoagulants may be considered include genetic conditions that cause a hypercoagulable state where the person is more likely to form blood clots, dissection or tearing of blood vessels in the head or neck, certain autoimmune conditions, or other uncommon causes. In general, antiplatelet medications are used when someone has stenosis – the narrowing of small or large blood vessels in the head or neck due to high cholesterol, high blood pressure, diabetes, smoking, or other causes. This is called atherosclerosis, which some people think of as “hardening of the arteries.” Your Neurologist will be aware that certain areas of the brain are more susceptible to these effects. While we mentioned that anticoagulants are often considered “stronger blood thinners,” they actually do not work as well as antiplatelets in these types of strokes. In some circumstances involving these types of strokes, a Neurologist will consider putting a person on two antiplatelet medications for a short period of time to reduce the risk of stroke. This is based on a high quality clinical trial in this patient population, in which several NeuroX Neurologists were clinical investigators. Another example of when two antiplatelet medications may be considered is if the person has a stent in the artery, or there is a severe narrowing of one of the large blood vessels in the brain. Blood thinners are a cornerstone of preventing stroke, but it is important that a true expert help customize your therapy to best help prevent another stroke. This is a complex medical decision, and a NeuroX consultant is prepared and knowledgeable to tailor the treatment. Author: Brad Haveman-Gould, MHS, PA-C Neurology Physician Assistant