What is a Low CSF Pressure Headache? - NeuroX

What is a Low CSF Pressure Headache? 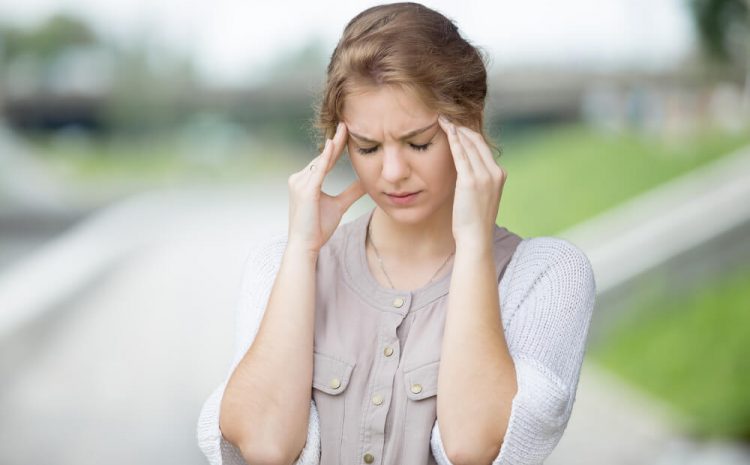 Low cerebrospinal fluid (CSF) pressure headache is a complicated ailment caused by an internal spinal fluid leak. The symptoms of this disease may range from a disabling and obvious throbbing to a subtle nagging.

The brain is enclosed in a specialized bag filled with spinal fluid, extending from the skull into the spine. This bag comprises membranes called the meninges, and fluid in it helps disseminate waste products out of the brain. It also helps provide adequate support and cushioning to the brain.

Related: Does Parkinson’s Disease Cause Seizures?

There is possibly a leak somewhere in the layers of meninges when the pressure of this fluid gets too low. As a result, the brain may sag downward even when the patient is upright, stretching the meninges and nerves that line the brain, causing pain.

What are the Symptoms of Low-Pressure Headaches?

The classic symptom of low CSF pressure headache is a headache that becomes serious when a patient is upright but disappears quickly when a patient lies flat. This is the primary reason this condition is also known as positional headache, as it appears and disappears depending upon the patient’s position. These headaches are absent when an individual wakes up in the morning but start and worsen gradually shortly after they get out of bed.

Patients usually complain about a worsening pain in the back of their head, which is generally accompanied by nausea and neck discomfort. There are rarely any more severe neurological symptoms caused primarily by the downward stretching of the brain and stretching nerves.

Although the time between the change in an individual’s position from reclining to standing and the appearance of headache or relief after lying down is typically a few minutes but may be much longer. The headache may or may not be throbbing, with the pain ranging from dull to severe. Similarly, the headache is frequently but not always bilateral: it may be fronto-occipital, occipital, frontal, or holocephalic.

Related: Memory Loss: When to See a Doctor ?

There are some non-headache manifestations of low CSF pressure as well, which include, but are not limited to, the following:

In most patients, there is an apparent reason behind the leak and the appearance of low spinal fluid symptoms, such as trauma to the head or neck or spinal tap. In the cases when positional or postural headaches develop immediately or shortly after an obvious potential cause, the diagnosis is relatively easy to make. However, subtle instances in which the reason is not very obvious are considerably complicated to diagnose.

As there is no potential precipitating event, the leak may have been caused by a violent cough, sneeze, or any other unrecognized minor trauma. Some patients born with meningitis may be more susceptible to tearing with a relatively small degree of force, primarily because of the hyper flexibility of their joints.

How are Low Intracranial Headaches Diagnosed?

Positional headaches are a complicated and frustrating disease to diagnose even when the cause may be strongly suspected, particularly in less dramatic cases. These cases are usually diagnosed through a brain MRI conducted with injected contrast dye, which may sometimes uncover “enhancement” of the meninges’ brain lining. In some cases, it may even sometimes reveal evidence of “brain sagging” downwards from the skull towards the neck. MRI of the back and neck may also occasionally show spinal fluid leaking out of its usual placement.

Computed tomography (CT) myelogram is a CT scan of the back after dye injection in the spinal fluid that may directly determine the leak site. In addition, a CSF cisternogram, a procedure in which a specialized radioactive dye is injected into the spinal fluid, which a specially designed radiation-detecting camera can detect, may uncover the leak directly or bring forth indirect evidence of the leak’s presence if not its actual location.

Related: When To Seek A Second Opinion On A Diagnosis

A lumbar puncture, also known as a spinal tap, is also used to reveal lower than usual spinal fluid pressure. However, it may elevate the severity of the apparent symptoms temporarily. These processes do not necessarily determine the site of the puncture or leak: sometimes, a medical professional may be a hundred percent sure of a leak hidden in plain sight but be unable to detect it even after various tests.

How can Low-Pressure Headaches be Treated?

Treating low-pressure headaches, as their diagnosis, is not an easy or definitive process. Depending on a patient’s condition and medical history, they are typically treated through fluids and caffeine, pain relievers, or an epidural blood patch.

People who have headaches after a spinal tap are usually given analgesics or pain relievers. In addition, they are also given surplus fluids and caffeine, which can increase cerebrospinal fluid production. The fluids are generally delivered via the mouth but can be administered intravenously to severely dehydrated individuals. Similarly, caffeine is either administered via liquids or pills. Laying flat on one’s back also helps curb the pain.

However, if a headache persists even after such minor treatment, medical professionals resort to a procedure known as an epidural blood patch, where a small quantity of a patient’s blood is removed from a vein via syringe and is injected into the space between the meninges and the spine in the lower back. The injection is performed either at the exact site of the leak (if known) or at any safe location in the lower back. This procedure is known to slow down cerebrospinal fluid leakage, irrespective of what caused a leak and where it is located. That is because the blood patch causes rapid plugging of the hole, bringing forth almost immediate relief. Medical professionals may have to repeat this procedure a few times to be successful.

Repair of a leak via surgery is very rare, and medical professionals hardly resort to this procedure. In cases where the exact site of the leak is detected, an interventional radiologist can glue the hole through a needle under X-ray guidance. Sometimes, neurosurgeons may have to repair large tears detected in the spine, or a neurosurgeon may have to work in association with an otolaryngologist (ENT) to fix the leaks inside the skull.

NeuroX provides the assistance and guidance of American board-certified neurologists in all the brain’s complicated neurological and psychological diseases, including meningitis, dementia, multiple sclerosis, autism, headache, migraine peripheral neuropathy, and several more. Head over to NeuroX right now to book an online appointment with a doctor of your choice, and hear back from them within 24-48 hours of the booking!