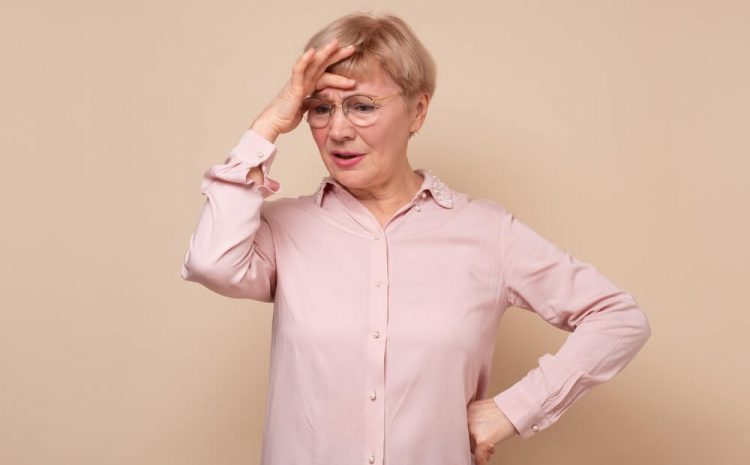 A migraine, especially a migraine with an aura, may cause TGA (transient global amnesia), a sudden and brief memory loss. According to medical experts, this strange occurrence is triggered by alterations in the pre-headache brain interacting with the hippocampus, an area crucial for forming new memories, and a sudden migraine brain fog.

An attack of migraine may cause memory loss, which is a temporary sign of cognitive impairment. Complex migraines and memory loss can affect the way the brain perceives and processes information in many different ways. Basically, migraines occur because of a neurological disorder that affects how your brain functions. When migraines strike, the brain’s pain pathways and cognitive functions are affected.

Among the effects of this condition are poor executive function (decision making, reasoning, and problem-solving) and impaired memory and language abilities. As migraine sufferers know, memory loss can be as debilitating as the head pain itself. The explanation for this doesn’t seem to be clear among scientists, but here are some of the things we know. Migraine forgetfulness can pose a number of difficulties in your life.

Memory loss may occur at any time during a migraine. When the headache begins, you may experience a sense of haziness. It usually occurs after an assault and might linger for a few hours or even a few days. Chronic migraine sufferers may always suffer from memory loss.

Certain medications used to prevent migraines may have negative cognitive consequences. For many individuals, topiramate (Topamax) induces drowsiness. Amitriptyline and nortriptyline, as well as neuroleptics like promethazine, metoclopramide, and prochlorperazine, can make people feel drowsy and have a hard time figuring out where they are.

No other neurological disorder causes such physical and mental impairments as migraine headaches. Because headaches are thought by many people to be a sign of a neurological problem with the brain, your memory loss could be caused by migraines.

Even though they may cause excruciating pain in the head, most migraines are not harmful. The symptoms may be followed by light flashing and disorientation caused by a short-term change in the brain’s electrical functioning. This causes headaches and sensitivity to bright lights, loud noises, and other symptoms.

Related: Does PTSD Cause Memory Loss?

30% of migraineurs get classic migraines, also called migraines with aura. The aura is a set of temporary symptoms that start in about 5 minutes and usually go away in about an hour. A painful migraine usually accompanies them. The symptoms of an aura are as follows:

At least a few studies have demonstrated that patients who suffer from migraine episodes are at slightly greater risk of having a stroke, which may lead to cognitive impairment and memory loss. When you have your first migraine with an aura, you should be thoroughly checked for stroke risk.

Several studies have demonstrated that migraine sufferers have a slightly higher chance of having a stroke, which may cause mental impairment and memory loss. Those migraine episodes can closely imitate or mimic the signs of a stroke. You need to be thoroughly checked for stroke when you get your first episode of migraine that includes an aura.

It is typically possible to diagnose migraines by interviewing you about your symptoms and doing a physical examination. Another possibility for the source of your headaches may be ruled out through blood tests or MRIs.

Migraine Forgetfulness: Do Migraines Cause Confusion?

Your medicine box may confuse you into thinking “could I be at risk for memory loss?” or “Did I just take my pills?” If you are confused about memory loss, you are not alone. However, long-term research hasn’t shown that migraine sufferers lose their mental abilities the way one would in dementia.

People under the age of 60 are significantly more likely to suffer from migraine headaches than those over 60. However, most neurologists include a battery of cognitive tests in the first examination as a precaution.

Do migraines cause confusion? Yes, they do. Notify your physician if any of the following occurs: Even when you’re not under assault, your ability to focus is affected. Even while your headaches have not altered, your cognitive problems have worsened dramatically. Either of these symptoms might indicate something more serious, necessitating more testing.

How to Treat Migraine and Memory Loss?

Migraine attacks might cause memory loss if they aren’t adequately managed. Many medications can help with migraines if given in the right amount and at the right time.

Symptoms like memory loss and migraines should improve over time after an incident. Consequently, if the frequency of assaults doesn’t decrease, it’s necessary to reevaluate your preventative measures. Consult a doctor about the drugs or lifestyle changes that could be most beneficial for you. While your mind is still blurry, here are a few tips for coping with memory loss:

Your daily routine might be drastically altered if you have memory loss. To make things better, you should take a memory loss test right now to confirm. Once you know what’s wrong, you will have better treatment available, so make sure you are in touch with professional neurologists who can help you deal with your condition. NeuroX is there for you with a professional team of American certified doctors. Visit the website right now to get yourself an appointment.