The Difference Between Autism And Down’s Syndrome 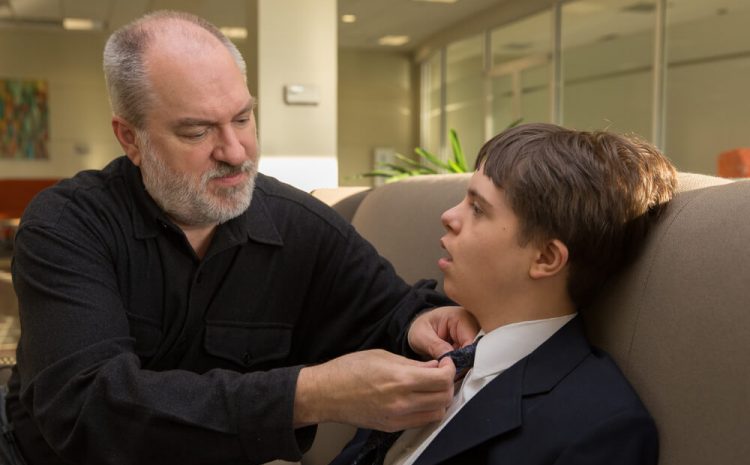 The Centers for Disease Control and Prevention (CDC) issued its ADDM autism prevalence report in 2020, which deduced that the prevalence of autism had increased to 1 in every 54 individuals. This makes it twice as high as the 2004 rate of 1 in every 125 individuals.

Because of a similarity in their signs and symptoms, autism is seldom related to Down’s syndrome. This article aims to brief you about the specifics of both these disorders and root out the differences between the two. Let’s get right into it.

What is Down’s Syndrome?

Down’s syndrome is a genetic condition in which an individual has an extra chromosome. This condition causes mild to serious developmental, intellectual, and physical complications.

Chromosomes, put simply, are the small packages of genes in our body that determine an individual’s physical traits, intellectual capabilities, and even some personality traits.

An average human baby is born with 23 pairs or 46 total chromosomes, but babies with Down’s syndrome have an additional copy of chromosome 21, called trisomy 21. This additional chromosome alters the baby’s brain development and body and can cause several severe mental and physical challenges.

All children with Down’s syndrome may look and act similarly but possess different intellectual capabilities. However, all individuals with down’s syndrome have an IQ level (a measure of intelligence) ranging in the mildly to moderately low range and are thus slower to speak and learn than other children.

What are the causes and risk factors for down’s syndrome?

One other factor known to increase the risk of Down’s syndrome in a baby is the mother’s age. Women aged 35 or older are more likely to have a pregnancy affected by Down’s syndrome than women who conceive at a younger age. Nevertheless, most babies with Down’s syndrome are born to younger mothers simply because the rate of pregnancies in young women is a lot higher than in older women.

How is Down’s syndrome diagnosed?

Screening tests include a wide array of blood tests and ultrasound procedures that primarily look for the fluid behind a baby’s neck as it can be an indicator of genetic disorders. Although screening tests cannot provide a definitive diagnosis, they can identify whether a woman has a higher or lower chance of birthing a baby with Down’s syndrome. They are also relatively safer for both the developing baby and the mother as compared to other screening processes.

However, neither diagnostic nor screening tests can evaluate the definite impact of Down’s syndrome on a baby, as it is considered virtually impossible in medicine at present.

Autism is a complicated and lifelong developmental disability that primarily appears during the early stages of childhood. It can hamper an individual’s social skills, self-regulation, relationships, and communication skills. Autism is a “spectrum condition” that affects different people to varying degrees. Autism is typically defined by a specific set of behaviors and tendencies that can be seen in a majority of autistic people. Autism is typically called by different names, such as:

Is autism an illness?

Autism is not medically considered an illness or disease. It is simply a condition where an individual’s brain works differently than other people. Autistic people are born with this disorder, and it commonly starts showing during the early childhood stages. If an individual is autistic, they will be autistic their whole life. It is not a reversible condition, and there are no distinct treatments or medications either. Autistic people typically require different forms of therapy and support to help them deal with the ups and Downs of life.

Autistic people can live life to the fullest. Like everyone, autistic people have several things they are good at and several things they struggle with. However, being autistic does not mean that you have to stop living a good life, making friends, having meaningful relationships, or getting an education and job. All you need is some extra help from those around you, and in some cases, professional help as well.

Since autism is a spectrum disorder, autistic people are different from each other. Some of them may not even need any support, whereas some might require professional help.

Difference Between Autism and Down Syndrome

Autism Spectrum Disorder is a neurological condition, the causes of which are relatively unknown. Although there is a genetic factor, this disorder is primarily termed a neurotype.

Individuals with autism may suffer from diminished social interaction and cognition, a regional focus of interests, or a higher or sensitive power of sensation. They may also undergo a delay in cognitive development. Although autism is not considered a disease, there are several abnormal traits of autistic people that are usually not a result of physical health complications.

Down’s syndrome, in contrast, is a genetic condition rather than neurological and results from abnormal chromosomal set up. People with Down syndrome may suffer from learning disabilities, delayed walking or crawling, diminished physical growth, retarded intellectual abilities, short stature, an upward slant to the eyes, mild to moderate reasoning and thought process complications, and certain characteristic facial features. Individuals with Down’s syndrome also face several other physical health problems.

Types of the disorders

Autism or Autism Spectrum Disorder consists of three types, which include:

Down’s syndrome, however, occurs due to trisomy 21 or an extra chromosome number 21, and this accounts for approximately 95% of all Down syndrome cases. The remaining 5% of cases are because of certain conditions known as Robertsonian translocation and Mosaicism Down Syndrome.

Robertsonian translocation (ROB) is one of the most common forms of chromosomal rearrangement. It occurs when the participating chromosome breaks apart at their centromere (the constricted region of a chromosome that divides it into a long and short arm). As a result of this breakage, the more extended arm fuses to form a large, single chromosome with a single centromere.

A person is phenotypically normal but possesses 45 chromosomes in such a case. A person with translocation does not exhibit any abnormal or unique physical characteristics but is most likely to have an offspring who possesses an extra 21st chromosome.

Mosaicism Down Syndrome is typically described as a percentage: twenty separate cells are put under scrutiny in a thorough chromosome study. Children suffer from this disorder if:

Causes behind these disorders

Autism spectrum disorder does not occur because of a single, clearly defined cause. It is typically caused due to certain abnormalities in the brain but is also linked to several other underlying medical conditions. These include:

The cause of down’s syndrome is primarily abnormal cell division where individuals get a partial copy of genetic material from chromosome 21 or attain a complete, additional copy.

This extra chromosome leads to complications in the brain and interferes with the development of typical physical features. Environmental factors do not play any part in Down’s syndrome; whatever the parents did or did not do plays no role in its development.

Individuals with autism exhibit specific symptoms, some of which may be similar to those of Down’s syndrome. The most common ones include:

Symptoms of Down’s syndrome are primarily physical and somewhat different from autism. They include:

Autism is a relatively complicated disorder to treat. There is no specific treatment or medication; medical professionals usually undertake several processes to cope with the symptoms. These treatment processes include:

Individuals with autism are also prescribed stimulants, anticonvulsants, antidepressants, and antipsychotics to suppress their tendencies and elevate the quality of their life. There are some potential alternative treatments as well, which include a gluten-free intake rich in:

Like autism, there is no specific treatment for down’s syndrome, and medical professionals typically advise various therapies and exercises to combat the symptoms. Some of them include the following:

Not many drugs are available for individuals with down’s syndrome. Doctors typically prescribe amino acid supplements and a medication known as Piracetam.

NeuroX offers their revered patients with the highest quality care from certified neurologists and medical professionals. By becoming a part of the NeuroX family, you can receive affordable neurological and psychiatric care right at your doorstep through online appointment booking. Head over to NeuroX right now to book your slot!