What Are the Treatments For Dementia? 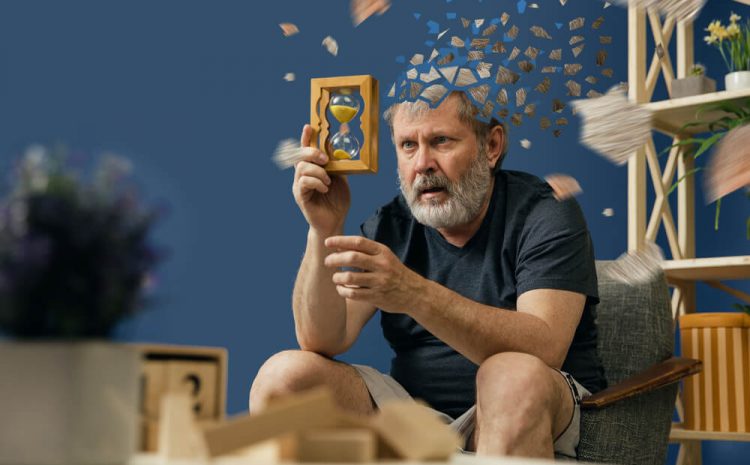 It is estimated that nearly 5.0 million adults of at least 65 years of age had dementia in 2014, a number expected to rise to 14 million by the end of 2060. Having a parent, partner, or loved one gradually lose a sense of who they are and who you are is too much to bear.

Experts around the globe have been scrambling to look for cures for dementia but have only come up with specific dementia treatment guidelines, dementia-related therapy, and some home remedies. Let us delve into this grave topic and look into what we can do to achieve results closely resembling the treatment of dementia.

Dementia is an umbrella term used for an impeded ability to think, remember, and make suitable decisions pertaining to daily life activities. Although there are other types with varying symptoms, the most common type of dementia is Alzheimer’s disease. Dementia primarily affects old people but is not related to normal aging.

What is a Dementia Test?

Diagnostic tests for dementia are not specific, as the screening process involves a combination of several assessments done either by specialists at memory clinics or a GP. Amongst other tests, dementia patients are also subjected to memory and thinking tests known as cognitive assessments to test their mental capabilities. Different mental abilities such as attention and concentration span, orientation (awareness of place and time), language and communication skills, and short and long-term memory are also tested. Although these tests are not diagnostic, they hint at the need for further assessment. The General Practitioner Assessment of Cognition test is one of the most common dementia tests.

Is there a Cure for Dementia?

Unfortunately, even today’s globalized world has failed to work out a cure for most kinds of dementia. However, certain treatment guidelines can be implemented to prevent aggravation of dementia symptoms.

No available medicines can completely cure dementia symptoms: they temporarily subside them. Medical specialists may also prescribe drugs to treat certain complications caused by dementia, such as depression, irritability, or insomnia. Let’s look into some of them.

Memantine (Namenda) is a medicine that manages the activity of glutamate, a chemical messenger which regulates brain functions like memory and learning. It is typically prescribed in accordance with a cholinesterase inhibitor or with donepezil in a combination drug (Namzaric) for treatment of moderate to severe levels of dementia. Memantine may have some side effects, such as dizziness.

Cholinesterase inhibitors are primarily involved in the elevation of chemical messenger levels responsible for judgment and memory. They include medications such as rivastigmine (Exelon), galantamine (Razadyne), and donepezil (Aricept).

These medicines are predominantly used to treat Alzheimer’s disease but are also effective in other kinds of dementia, including Parkinson’s disease dementia, vascular dementia, and Lewy body dementia. These drugs come with side effects too, which may include diarrhea, vomiting, decreased heart rate, disturbed sleep, nausea, and even fainting in some cases.

Medications such as aripiprazole (Abilify), olanzapine (Zyprexa), risperidone (Risperdal), and haloperidol (Haldol) aid in relieving behavior such as agitation, delusions, hallucinations, or aggression, which are quite common symptoms in dementia patients.

Non-drug approaches like dementia therapy are used to treat dementia patients before resorting to any drugs mentioned earlier. Such therapeutic approaches include modifying the environment in an easy-to-maneuver way by reducing clutter and organizing things in easy-to-find ways.

It is also pivotal to hide any potentially harmful objects, including knives, sharp-edged decoration pieces, glass, and even keys. Occupational therapy is another form of dementia therapy conducted by either dementia or occupational therapists, who guide individuals with progressing dementia about coping and managing their changing behavior. Occupational therapists also provide moral support in addition to enlightening them about facts and figures.

Simplifying everyday tasks for a dementia patient is a highly effective therapeutic approach, so is introducing a healthy lifestyle that revolves around proper sleep, a balanced diet, and exercise. Extensive research in this domain has concluded that the appearance or aggravation of dementia symptoms like anxiety, depression, and inability to think clearly can be hampered by suitable physical exercises. Physical activities can also be promoted by enrolling dementia patients in a fitness class for seniors, where they can stay on the move by enjoying therapeutic practices like dancing, gardening, and even walking. However, the stages of dementia (early, middle, or later) decide the kind of physical activities a patient can get involved in. A good sleep schedule can also promote a sense of calmness in such patients. Limiting daytime naps, making night times peaceful, silent, cozy, and avoiding caffeinated drinks are some ways to promote good sleep.