What is mixed dementia? 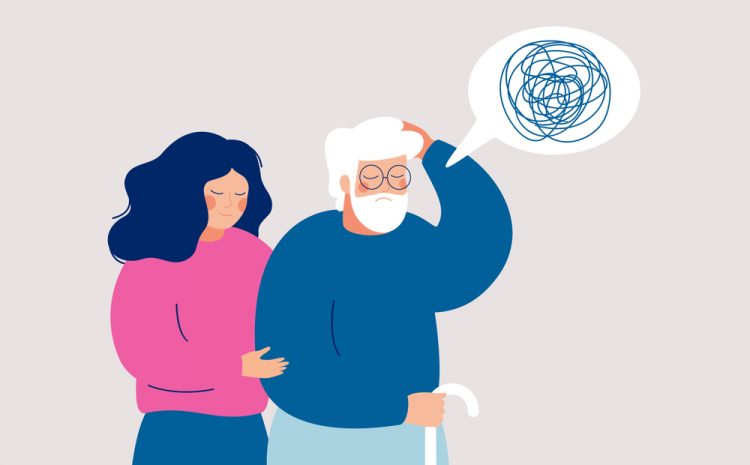 Dementia is not a particular disease but is rather an umbrella term that includes several illnesses that cause a loss of cognitive functioning, such as remembering, thinking, and reasoning, to the extent that retards and affects an individual’s daily life functioning. It is typical for people with dementia to be unable to control and regulate their emotions or suffer from changes in their personalities.

Dementia may begin from the mild end of the spectrum and gradually progress to the severe stages that critically retard an individual’s functioning, compelling them to depend upon others for the primary activities of life. This disorder is relatively more common in older adults, as about one-third of all individuals aged 85 or more may have some form of dementia. However, it is not a normal part of aging, as several people in their 90s live without any signs and symptoms of dementia.

Related: What Is Parkinson’s Disease Dementia?

There are several types of dementia, and Alzheimer’s disease is the most common form. Alzheimer’s and dementia are often used interchangeably but are, in fact, two distinct medical complications. Mixed dementia, also known as double dementia, is another kind of dementia. This writing focuses on the symptoms of mixed dementia, its stages, and treatment procedures.

What is Mixed Dementia?

People can suffer from different kinds of dementia at one time, and this condition is known as mixed dementia. It is commonly known as double dementia, primarily because a person with this ailment exhibits symptoms of two common kinds of dementia: Alzheimer’s disease and vascular dementia. Since several symptoms of the different types of dementia generally overlap, rooting out one condition becomes quite challenging, especially in the case of mixed dementia.

A person with mixed dementia is likely to suffer from far more significant impacts than those with one kind of dementia. This can also affect how a patient progresses through the stages of dementia.

Related: Is Wet Brain A Form Of Dementia?

There are no definite symptoms of mixed dementia, and they may vary depending upon the kind of brain changes an individual experiences. In several cases, the symptoms can be quite similar to Alzheimer’s disease or any other kind of dementia, making it indistinguishable from these ailments. In some other cases, a patient may clearly exhibit the symptoms of more than one kind of dementia. This makes the diagnosis of mixed dementia a challenging endeavor.

Several long-term studies are underway to shed light on this ailment along with the relationship between underlying brain abnormalities and cognitive function.

Autopsies of most individuals with mixed dementia depict that they had a particular kind of dementia at any stage in their life, most commonly Alzheimer’s disease. Some also had common coexisting abnormalities, such as undetected blood clots or specific evidence of vascular diseases. The second most common coexisting brain change was the presence of Lewy bodies.

There are seven primary stages of mixed dementia, detailed as follows:

This stage of dementia does not show any definitive or outward signs of this ailment. The individual can function independently and face no severe impairments.

The symptoms that appear in this stage are barely noticeable and usually appear as the normal signs of forgetfulness that come with aging. An individual in this stage may forget where they put their keys but find them after a bit of searching.

The third stage of mixed dementia does not entail very noticeable symptoms either, and the individual can undertake the everyday functions of life without much difficulty. Some common symptoms that may appear at this stage of disease progression include the following:

Individuals in this stage of disease progression begin showing some signs of trouble with routine tasks that they could manage previously. These include mundane chores such as doing the laundry, cooking or using the telephone. Some standard symptoms observed at this stage include the following:

Patients in this stage of mixed dementia require some assistance to perform their everyday tasks and activities. Some common symptoms of this stage include the following:

The severe stage of mixed dementia entails a significant need for external assistance when performing everyday activities. Some common symptoms observed at this stage of disease progression include the following:

This is the final stage of mixed dementia and generally includes the following symptoms:

Treatment and Outcomes of Mixed Dementia

It is common for most individuals with mixed dementia to get diagnosed with a particular kind of dementia, prompting the medical practitioner to make prescribing and treatment decisions based on the diagnosed type of dementia. The U.S. Food and Drug Administration (FDA) does not approve any particular drugs to treat mixed dementia. However, the medical professionals who diagnose Alzheimer’s disease as one of the conditions contributing to a person’s dementia may opt for FDA-approved drugs for Alzheimer’s.

Research to chalk out elaborate treatment plans and medications for mixed dementia is underway, along with efforts to understand this ailment in detail. Researchers believe that the results of this study, mingled with the recognition that the most common coexisting brain alterations are vascular changes, can help decrease the number of people who develop dementia. In addition, managing the overall risk factors for cardiovascular diseases and the ailments related to blood vessels can also safeguard the brain from disastrous vascular changes. American board certified neurologists at NeuroX specialize in all the severe diseases of the brain, and you can get an appointment with them within 24-48 hours of booking. If you are concerned about your memory or that of your loved ones, NeuroX also offers a memory cognitive test free of charge. Head over to NeuroX to know more!