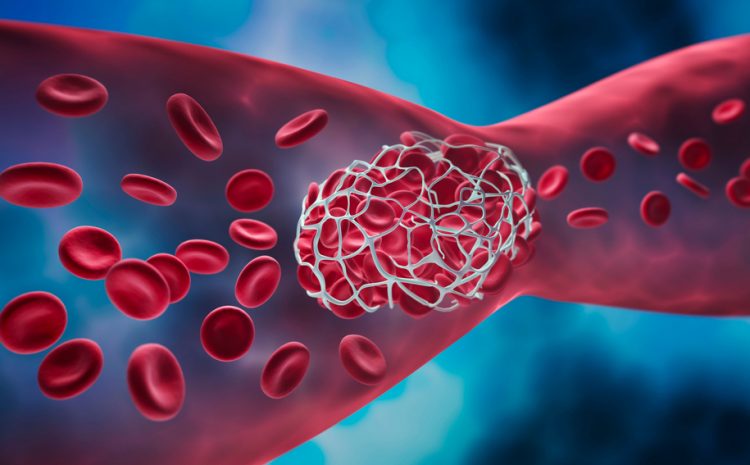 Stroke is one of the leading causes of death in the United States. About 30% of all strokes are repeat strokes, which elevates the importance of stroke prevention. Here’s a ray of hope: blood thinners act as anti-stroke medication. However, there is some controversy and a lot of ambiguity that revolves around this notion. Unsure how blood thinners prevent strokes, to what extent, and if they have any side effects? We are here to help. Let’s dig in.

What are Blood Thinners?

Blood thinners do not serve the function their name suggests: they do not explicitly dilute the blood. Instead, they work in various ways to prevent the formation of clots in the blood. They also alter the functioning of specific types of blood cells and blood proteins, thereby maintaining the regular liquidity of blood and helping it flow smoothly.

Blood-thinning medicines are generally divided into two groups, namely anticoagulants and antiplatelets. Both of them promote the normal flow of blood but have different ways of doing so.

Platelets hold paramount importance in the clotting process as they work by clumping together at the site of a laceration, such as a wound on your skin, and thus slow down and eventually stop bleeding. Stopping the bleeding process without their aid would be impossible, and a small cut may even lead to death. In parallel with their function, they are small and sticky cells that can clump together reasonably well.

However, there is a hazardous side to their role as well. If they clump together in a normally functioning artery and form a clot, they can cause a stroke or Transient Ischemic Attack by traveling to the brain. That is where antiplatelet medicines come in hand; they hamper their ability to form dangerous clots. Antiplatelet medications are typically prescribed right after a patient suffers from a stroke, TIA, or even if they have atherosclerosis (build-up of fatty material and plaque inside arteries).

Depending on their medical condition and history, a patient may be advised to continue with them for two weeks after suffering from a stroke or maybe shifted to anticoagulants. Clopidogrel, dipyridamole, and even aspirin, a commonly used medicine for headaches, have antiplatelet tendencies.

Blood holds certain substances that take part in the coagulation or clotting process by promoting the production of fibers that bond together to form a clot. These substances may even combine with platelets at times for better serviceability.

Anticoagulant medicines impede the functionality of these substances and prevent them from forming blood clots, thereby maintaining the normal fluidity of blood. Unlike antiplatelets, anticoagulants work in different ways and have various benefits and risks.

Apixaban, dabigatran, edoxaban, rivaroxaban, and warfarin are some of them, but it is necessary to consult a doctor before starting the use of a specific one. They are usually prescribed to patients suffering from cardiovascular diseases such as atrial fibrillation but can be taken as medication to prevent stroke.

Antiplatelets and anticoagulants are the two most commonly prescribed medications for the prevention of stroke. Since the most common cause of stroke is clots in the blood, blood thinners prevent stroke by disrupting the clotting process. This could help even if you have had a stroke already or suffer from a health condition (like hypertension or cardiovascular disease) that augments its risk. However, their use is not the only way of preventing strokes; there are various others as well.

Are there any Side Effects of Anti Stroke Medicines?

Around 15% of all strokes result from bleeding in or around the brain and are called hemorrhage strokes. Since blood-thinning medicines work towards preventing clotting in the blood, they can either elevate the risk of this type of stroke or worsen it. If a patient takes anti-stroke medication and is diagnosed with hemorrhage stroke, they are instantly given medicines to reverse their effects.

Blood thinners also pose the added risk of bleeding in some people. In some cases, minor bruises, cuts, or nose bleeds take longer to stop bleeding but can be severe in other instances. However, cardiologists believe that the benefit of blood thinners in stroke prevention greatly outweighs their demerit in excessive bleeding, which occurs rarely. One different side effect of blood thinners is blood in the stool. It is pivotal to consult with a medical practitioner immediately if that happens.

How to take Medicines that Prevent Stroke

There are specific tips when it comes to taking medications that prevent strokes. The foremost and most apparent recommendation is to consult with a doctor or dentist before either starting to take or switching to new blood thinners. Even if you feel unwell, it is crucial never to stop taking your medication without the approval of your medical professional.

Make sure your medical expert is aware of any other kinds of medication you take lest they interfere with each other’s function. Seemingly harmless supplements such as herbal medication can also interfere with the effects of anti-stroke medicines. It is also essential to thoroughly go through the patient information leaflet that comes with the drug to develop a better insight into their functioning. In case of ambiguities, head over to SmartClinix to book your appointment right now and consult with the best experts.