Does PTSD Cause Memory Loss? 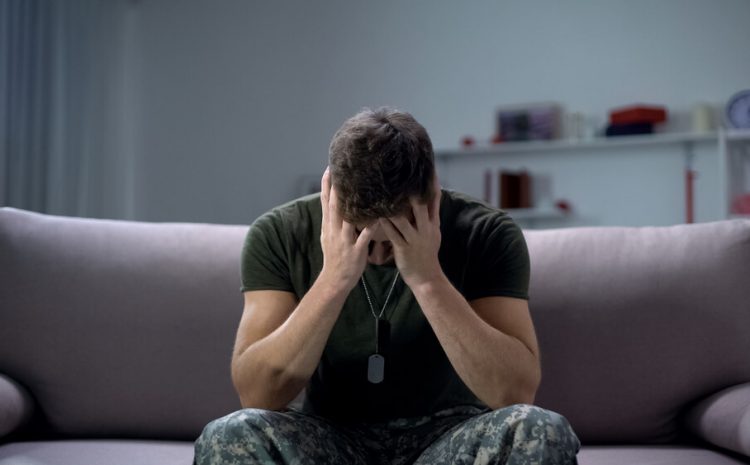 Post-traumatic stress disorder, abbreviated as PTSD, is a psychiatric disorder that usually develops in people who have experienced a dangerous, shocking, or traumatic event in the past. Such situations trigger fear-induced split-second changes in the body that aid an individual in defending against danger or steering clear of it. This is commonly known as the “fight and flight response” and is the body’s typical reaction to shield a person from harm.

However, not all individuals who experience such fearful situations develop PTSD and recover from the initial symptoms after experiencing a range of reactions. So how does complex PTSD affect the brain, and what is its relationship with short-term memory loss? This article aims to answer these very questions.

Related: Memory Loss: When to See a Doctor ?

Post-traumatic stress disorder is a psychiatric disorder that occurs in individuals who have witnessed a traumatic event, including a severe accident, assault, sexual violence, serious injury, a situation where they were threatened with death, natural disaster, or a terrorist attack or war. This disorder has been called by many names in the past, namely “shell shock” during World War I and “combat fatigue” after World War II, but it does not affect only veterans.

PTSD can affect people of any nationality, ethnicity, culture, or age. Approximately 3.5 percent of U.S. adults suffer from this disorder every year, and it is estimated that about one in every 11 people get diagnosed with PTSD in their lifetime. In addition, women are twice more likely to develop this disorder than men. African Americans, American Indians, and U.S. Latinos are the three ethnic groups more disproportionately affected by PTSD with considerably higher rates than non-Latino whites.

Signs and symptoms of PTSD

Not all people who have undergone a traumatic event develop PTSD. Similarly, not everyone with PTSD has necessarily witnessed a scary experience as some other experiences, such as the unexpected death of a near and dear one, can also cause this disorder.

The signs and symptoms usually begin early – within three months of the traumatic incident – but may begin years after in some cases. Not all natural symptoms after a disastrous incident are considered PTSD: they need to last at least more than a month and be severe enough to hinder relationships or work to be considered PTSD.

Adults who exhibit all of the following for at least a month may be diagnosed with PTSD:

The course of this disorder varies from person to person, so does the treatment time. Some people may recover in less than six months, whereas others might even take years. In some cases, the condition may even become chronic. Medical professionals with expertise in dealing with individuals with mental illness (such as psychiatrists or psychologists) can diagnose this disorder.

Although most people relate the signs and symptoms of PTSD with anger, anxiety, depression, and paranoia, one of the most pervasive symptoms is not associated with emotions at all. Instead, these symptoms are related to cognition, as people who have PTSD experience difficulties ranging from short-term memory loss to a hampered ability to learn new things.

Short-term memory loss is one of the most significant concerns when it comes to PTSD. Individuals with PTSD may struggle in recalling even simple everyday information in their quest to organize and calm the memories of their trauma. This complication can raise concerns over diminishing cognitive functioning and uncertainty about how much memory loss is natural and when it becomes a medical concern.

How can you identify Short-Term Memory Loss from PTSD?

Short-term memory loss caused due to PTSD is commonly labeled as “forgetfulness.” This forgetfulness may entail forgetting to feed a pet, inability to remember why you walked into a room, or if you took your medicines. Memory loss is a natural factor in aging but is distinguishable from memory complications caused by dementia or PTSD memory loss.

Extensive studies conducted in the domain of short-term memory loss induced by PTSD have found out that PTSD damages the Hippocampus, diminishing it in volume by approximately 8%. This causes several complications leading to anxiety, disjointed memories of disastrous events, flashbacks, and a reduced ability to transform short-term memories into long-term memories.

Why is memory affected by PTSD?

Sorting, organizing, and calming the traumatic memories that cause post-traumatic stress disorder is quite a hefty task for the brain as it is also responsible for storing and recalling a constant stream of memories and daily input. That is why the trauma caused by disastrous events heightens an individual’s anxiety and frustration as they try to interact with the world.

Their minds repeat traumatic, past information in a stream that makes it quite difficult for them to distinguish between the present and the past promptly, which results in aggravated symptoms. Thus, the past sensory and mental images intrude on the present memories through nightmares or flashbacks and cause memory distortion over time. When all of these complications add up, individuals suffer from an upsetting amalgamation of vague and confusing memories about their present and past.

Related: What Are The Signs And Symptoms Of Childhood Dementia?

Factors that Increase the Risk of PTSD

As mentioned before, not all people who live through a traumatic event develop PTSD. Several factors play a significant role in answering why some people develop this disorder, and others do not. Some risk factors can make an individual more likely to develop it, whereas some resilience factors can reduce the risk.
Some common risk factors include:

Some factors that may promote recovery after trauma include:

Extensive research is being carried out, especially in the field of neurobiology and genetics, to delve into the significance of these and several other risk and resilience factors. It can be hoped that someday, with the right amount of research and discovery, science will be able to predict which individuals are more likely to develop PTSD, along with the most suitable ways to prevent it.

It is possible to reverse the effects of PTSD memory loss through a few uncomplicated strategies, some of which include:

Talking to a therapist or taking help from your loved ones to reduce the severity of your symptoms.
American board-certified specialist physicians and fellowship-trained sub-specialists at NeuroX offer affordable online psychiatric and neurological care right at your doorstep within hours of your appointment booking.

All you need to do is head over to NeuroX to make an online appointment through a few easy steps. These include choosing from our several certified medical professionals with expertise in all complex diseases related to brain health (including but not limited to stroke, dementia, epilepsy, movement disorders, multiple sclerosis, etc.) and receiving specialized treatment for your issue through an interactive video call.

You can also get an e-prescription if you want or get it sent to a pharmacy of your choice electronically. NeuroX also offers a free memory cognitive test that you can take if you are concerned about your memory or that of a loved one. Head over to NeuroX to get to know more!