What Are The Risk Factors For Ischemic Stroke? 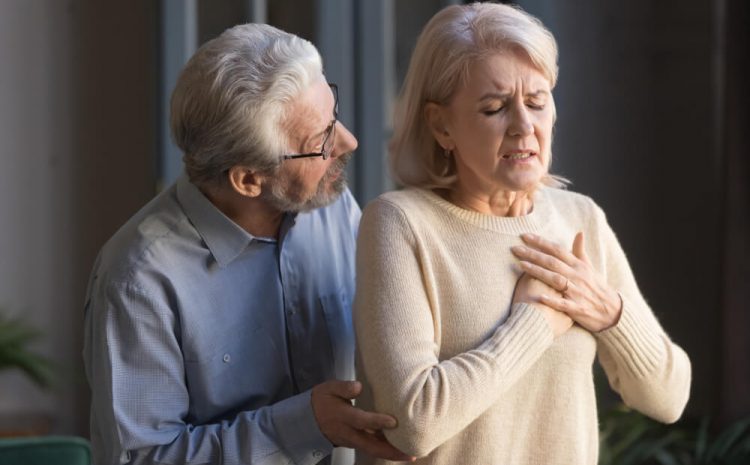 The annual number of strokes in the United States is approximately one-half million, and over 3 million stroke survivors are alive today. In its National Health Promotion and Disease Prevention Objectives for the year 2000, the Public Health Service set a goal of reducing stroke deaths to no more than 20 per 100,000. However, according to the Centers for Disease Control and Prevention, stroke still remains a disastrous calamity and the fifth most significant cause of death in the United States.

Here’s the catch: about 87% of all strokes are ischemic. Ischemic embolic stroke, plaque stroke, and atherosclerosis strokes are the leading causes of death and disease in the United States. An Ischemic stroke’s survival rate is pretty slim: studies have found that 36% of ischemic stroke patients could not survive beyond the first month. Out of the remaining, 60% survived one year, and only 31% managed to make it past the five-year benchmark.Let us look at the risk factors, causes, and symptoms of ischemic stroke, along with how it can be treated.

What is an Ischemic Stroke?

A stroke occurs when the brain’s blood circulation is hindered. Ischemic stroke is one of the three types of stroke and occurs due to a blockage in the arteries surrounding the brain. This blockage impedes oxygen and blood flow to the brain, which causes brain cell damage or death. The brain can be damaged permanently, and neurological function can be lost if the circulation is not restored immediately. Thrombotic or embolic occlusion of cerebral arteries causes acute ischemic stroke and is quite common. Ischemic stroke is also known as brain ischemia or cerebral ischemia.

Thrombotic and embolic strokes are the two types of ischemic stroke. Thrombotic stroke typically occurs when a blood clot develops in an artery supplying blood to the brain. The blood flow is hampered, resulting in a stroke and even loss of neurological function.Embolic strokes, in contrast, occur when a blood clot formed somewhere else in the body dislodges from its place and travels to the brain through blood vessels. Embolic strokes also block the brain’s blood supply, causing several complications.

Atherosclerosis is one of the most common causes of ischemic plaque stroke. Blood vessels in atherosclerosis become clogged with a buildup of cholesterol and fatty deposits, thereby blocking blood flow to crucial organs of the body. While passing through the blood, a blood clot can also stick to a plaque buildup and add to the blockage. Such a blockage in the neck, which contains the carotid arteries, can severely impede blood supply to the brain. A plaque blocking carotid artery (carotid artery disease) can cause a plaque stroke. Blood clots can also dislodge from the arteries and travel to the brain, causing an ischemic embolic stroke.

Since atherosclerosis is majorly symptomless, most people suffering from it remain in the dark until they have a stroke or other effects of blocked arteries near vital organs, including heart attack.

Ischemic stroke has several risk factors, a majority of which are quite similar to carotid artery disease. Let us take a look at some of them.

People with hypertension or diabetes are at an increased risk of ischemic stroke. Research indicates that diabetic people are four times more likely to suffer from carotid artery disease, which is also a risk factor for stroke.

As mentioned earlier, carotid artery disease or atherosclerosis are significant contributors to the development of ischemic stroke. People who suffer from these conditions or have a family history are at high risks of stroke.

Atrial fibrillation is one of the prime causes of ischemic stroke. Studies have found that 15% of strokes occur in people suffering from Afib.

Overweight people or those with an unhealthy B.M.I. are also at risk for ischemic stroke. High body weight can contribute to cholesterol or plaque buildup in the arteries, thereby elevating the risk for cardiovascular disorders and stroke.

Patients who have previously suffered from a transient ischemic attack are also at a high risk of ischemic stroke. T.I.A. is also known as a mini-stroke and is a temporary blockage of blood supply to the brain. Symptoms of T.I.A. typically subside on their own but can open up an arena of further strokes or cardiovascular complications. About one-third of people who suffer from a transient ischemic attack experience a more severe stroke within a year.

Age plays a dominant role in increasing the risk for stroke. People aged 55 or older are at risk of ischemic stroke. The likelihood increases with each additional decade of life.

An unhealthy and non-nutritious diet

Individuals with a non-nutritious diet lie at the probability of incoming ischemic stroke, no matter their age. Intake of foods rich in trans or saturated fats, sodium, or cholesterol can not only increase the likelihood of stroke but also put you at risk for diabetes, hypertension, plaque buildup in the arteries leading to cardiovascular disorders, obesity, and high cholesterol.

Smoking is a significant contributor to ischemic stroke as it narrows down blood vessels, making the blood more likely to clot. This also increases the risk of plaque buildup in the blood vessels and damage to their lining. Smoking can also raise cholesterol levels.

People who do not indulge in physical activities or prefer a sedentary lifestyle put themselves at risk for arterial plaque buildup, consequently increasing the risk of ischemic stroke. Inactive people are also prone to obesity, hypertension, diabetes, and high cholesterol, all of which are considered the basis of many diseases.

It is pivotal to seek immediate medical redress if stroke symptoms appear, as they can be life-threatening. Ischemic stroke typically develops quickly and affects one side of the body. The American Stroke Association (A.S.A.) calls for people to remember F.A.S.T. when looking for symptoms of stroke, which stands for:

Some other symptoms of ischemic stroke may include

Side Effects of Ischemic Stroke

Loss of motor movement or paralysis

An ischemic stroke may cause paralysis of one side of the body or a loss of motor control over specific body muscles such as one arm, one leg, or the face.

Difficulty in thinking or memory loss

Memory loss is a common side effect of ischemic stroke. Some people may also be unable to retain information, think clearly, make reasonable judgments, or understand certain concepts.

Difficulty in swallowing and talking

Since an ischemic stroke can control the muscles around the mouth and throat, a patient may feel difficulty talking clearly or swallowing. Speech may come out garbled or muffled. It is essential to note that this isn’t because of articulatory defects; it is simply because of loss of motor control of the face muscles.

Patients who suffer from an ischemic stroke may naturally become more vulnerable to emotions and face difficulty controlling them. They may also suffer from post-stroke depression, anxiety, or stress.

Mood changes or the ability of self-care

Stroke patients may become more distant and withdrawn after an episode. They may also need help with daily living activities, such as grooming and chores.

Body pain or tingling is one of stroke’s most common side effects. Patients may feel an irksome tingling in the body parts where they lose feeling or motor control. For example, a person who may have lost motor control of the right arm due to a stroke may suffer from a painful or irritating sensation there.

Every second and minute counts for a person suffering from an ischemic stroke, and thus immediate medical assistance is critical. An emergency medical team may inject a clot-busting medication, tissue plasminogen activator (tPA), intravenously within 4 hours of a stroke. The sooner this shot is received, the more brain cell damage can be stopped. Some patients may undergo surgery or a mechanical thrombectomy to remove the blood clot. The blood clot is taken out with the help of a catheter, and this procedure is carried out within 6 hours of the start of symptoms of an ischemic stroke.

It is advisable to get professional medical help from NeuroX, where you can get online consultations from American board-certified neurologists within 24-48 hours, right from the comfort of your home. Specialist physicians at NeuroX boast expertise in all complicated brain disorders, including but not limited to stroke, multiple sclerosis, dementia, epilepsy, movement disorders, etc. Head over to NeuroX to make an online appointment right now!

The most effective preventive measures of ischemic stroke are keeping an eye on your stroke risk factors, adopting a healthy diet and lifestyle, and paying heed to your doctor’s recommendations. Following are some stroke prevention strategies that you can undertake to reduce your chances of a stroke. These tips and techniques are especially useful if you have a history of stroke or cardiovascular disorders, as these preventive measures match those of heart diseases.

Keep your blood pressure in check

Hypertension is one of the principal risk factors of stroke, and you can reduce your stroke risk by monitoring your blood pressure daily. If you have had a stroke, keeping your blood pressure in check is pivotal to prevent a subsequent Transient Ischemic Attack or, worse, a full-blown stroke. Make required lifestyle and diet changes and avoid salty foods. It is also essential to follow your health professional’s advice and take your medications regularly if you are on any.

Keep your cholesterol levels in check

Having a diet full of fatty and high cholesterol foods can be especially harmful to those with a risk or history of stroke. Reducing the amount of fat, especially trans and saturated fat, from your diet lowers the risk of plaque build-up in the arteries, subsequently reducing the risk of stroke and cardiovascular disorders. If prescribed, it is also essential to continue regular use of cholesterol-reducing medications.

If you or anyone around you is at risk of stroke, it is time you quit the habit of smoking. Tobacco use increases the risk of stroke for not only smokers but also those exposed to secondhand smoke.

Obesity is rightly known as the mother of diseases. It increases the risk of stroke, cardiovascular disorders, and several other medical complications, making healthy body weight necessary.

It is advisable to make specific dietary changes even if you do not have high blood pressure, blood glucose, or cholesterol. Substitute your daily meals with nutritional value foods: a diet with five or more daily servings of vegetables and fruits can significantly lower your chances of a stroke.

If you are at high risk for stroke, adding physical exercise to your daily life holds paramount significance. Exercise not only diminishes blood pressure but also promotes the level of good cholesterol. You can conveniently ease your way into such a lifestyle by exercising for five minutes the first day and increasing the time mildly each day.
It is also important to drink alcohol in moderation: heavy alcohol consumption can increase the risk of stroke and high blood pressure. Avoid illegal drugs such as cocaine, methamphetamine, or certain other street drugs as they are established risk factors for stroke or TIA.