Can Memory Loss From Diabetes Be Reversed? 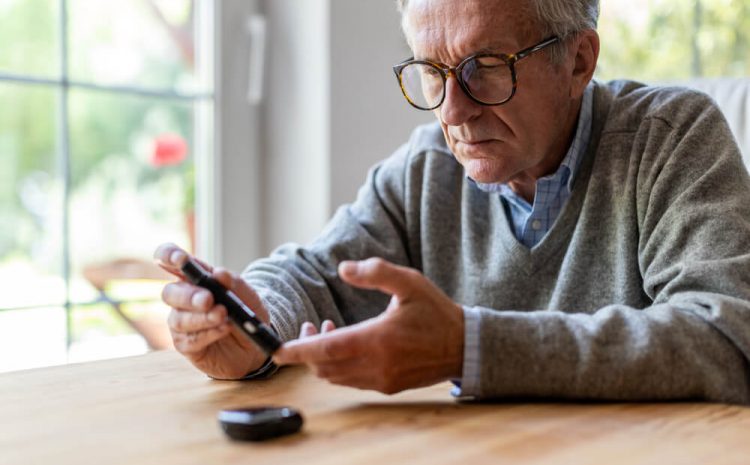 About 9.3 percent of people in the United States had diabetes in 2012, which comes up to about 29.1 million Americans. This number has steadily augmented over the years and has presently amounted to an alarming amount. Medical professionals diagnose an estimated 1.4 million new cases in the U.S every year.

Diabetes is one of the most common ailments in our present era, seen so frequently that most people have ceased to regard it as a disease. It entails a higher than average blood glucose level, also known as hyperglycemia. Hyperglycemia is a condition that occurs when the body is unable to produce or respond to sufficient insulin, resulting in the blood glucose levels increasing.

Insulin is a hormone that is produced by the pancreas that regulates blood sugar levels by converting glucose into other kinds of sugars utilized by the body. Sugar is crucial to maintaining regular body function: it is the body’s primary fuel source and regulates normal organ function.

So is memory loss caused by diabetes reversible? This article delves into this query and all you need to know about diabetes, neuropathy and memory loss, along with how you can manage, prevent, and treat memory loss induced by diabetes. Let’s get started.

Type 1 diabetes is also known as juvenile diabetes and is a disease in which an individual’s antibodies regard the insulin-producing cells in the pancreas as prospective antagonists and start attacking them. Such an autoimmune response results in a decrease in the insulin-producing cells, which in turn reduces the amount of produced insulin. Insulin is necessary to help glucose molecules enter the cells, which the body uses to create energy.

Individuals with type 1 diabetes face difficulty in producing adequate amounts of insulin, which causes higher than normal blood glucose levels. Such people are required to take insulin injections as a necessary daily routine. About 1.25 million individuals in the United States lived with type 1 diabetes as of 2012.

Type 2 diabetes is the most common form of diabetes around the globe. People with type 2 diabetes do produce insulin in the required amounts but are unable to use it in ways that help retain their normal body functions. This resistance triggers the pancreas to produce even more insulin, and the extra amount increases the hormone levels in the bloodstream.

This excess insulin in the blood causes several memory and cognitive complications when it travels through the body and into the brain. The association between type 2 diabetes and memory loss is frequently made in healthcare. Type 2 diabetes may also cause brain fog, which decreases concentration, boosts mood swings and causes memory problems.

Memory loss is one of the common and normal phenomena of aging. However, the memory loss resulting from aging exhibits a different outlook than the complex cognitive changes associated with memory loss induced by Alzheimer’s disease and other degenerative diseases or diabetes forgetfulness. A person with age-related memory loss may forget names or misplace objects, but these symptoms do not impact their ability to live independently.

Other severe symptoms of memory loss may include:

Such symptoms may point to a deterioration in a person’s cognitive ability and require immediate medical redress. Although the most common type of dementia is Alzheimer’s disease, many researchers consider it to be strongly connected to high blood glucose levels.

However, memory loss can be the result of several other conditions as well, some of which include the following:

Diabetes and the Brain

Studies show that a reduced blood supply to the brain is the number one predictor of future memory or cognitive complications. A technology known as SPECT shows that diabetes causes decreased blood flow to the brain and reduces the size of the hippocampus, which is the region of the brain involved in the formation of memories by turning short-term memory into long-term memory.

How are Diabetes and Memory Loss Symptoms related?

The primary symptoms of Alzheimer’s disease: general cognitive impairment and memory loss, are both linked to Type 2 diabetes. Since damage to the blood vessels is also common in people with high blood glucose levels, they are also at an elevated risk for vascular dementia and cognitive decline.

One study shows that Alzheimer’s disease (AD) is closely associated with glucose metabolism and signaling in the brain as it contains insulin receptors. These receptors recognize insulin, and thus an imbalance in its production increases the risk for memory loss and AD. Symptoms of this metabolic syndrome affect memory in specific ways, and scientists have endeavored to chalk them. Some common symptoms of metabolic syndrome, which is also a risk factor for type 2 diabetes, may include:

Although researchers are unable to draw out the full link between these two factors, the connection between insulin signaling and Alzheimer’s disease is specific.

Fortunately, memory loss caused by diabetes is both preventable and reversible in many initial stages. However, a medical professional must root out the actual cause behind a patient’s memory loss and devise a suitable treatment plan for that to happen. Those at risk for Type 2 diabetes or who have already been diagnosed with this condition may need to make several lifestyle changes.

Memory loss induced by AD is usually initially treated by administering cholinesterase inhibitors. However, those with a high blood glucose level can prevent their condition from worsening by keeping their blood glucose levels in check and preventing this from rising even by a bit. In severe cases where a patient’s blood glucose level reaches a reversible state, the memory loss may be almost impossible to treat or reverse.

How to Prevent or Limit Memory Loss

Apart from keeping your blood glucose levels in check and using insulin injections regularly or as prescribed by a medical professional, some other tips can help prevent or limit memory loss. These include the following:

If you are looking to benefit from top-notch, online neurological and psychological care at the lowest cost possible, NeuroX is the place for you. American board certified and specialist trained professionals at NeuroX are well-versed in almost all complicated brain diseases, and you can get a consultation with a physician of your choice within 24-48 hours of appointment making! Head over to NeuroX and book your slot right now!