How Does A Person With Dementia See The World? 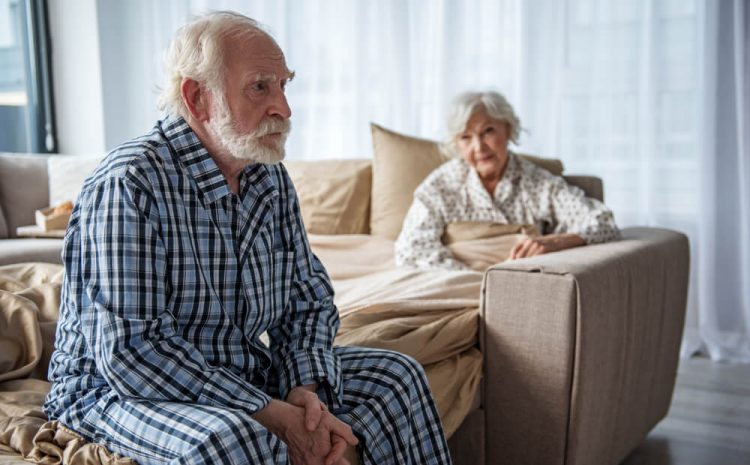 More than 55 million people around the world live with dementia, with nearly 10 million new cases cropping up every year. Due to the ever-augmenting number of cases, dementia is quickly becoming one of the most common disorders around the globe. A person with dementia suffers from a wide array of symptoms in different spectrum ranges, and thus even daily life activities become an arduous endeavor for dementia sufferers.

Related: What Are The 7 Stages Of Lewy Body Dementia?

The most common question that goes around in the minds of people with a loved one who recently got diagnosed with dementia generally is “What goes in the mind of a dementia patient?”. Although science has been unable to answer this question certainly, there are a few snippets of information that give us a vague idea of how a dementia patient perceives the world. This writing aims to look into these snippets and make sense of them.

Let’s get right into it!

Information that we perceive from our organs, such as eyes, ears, or hands, travels to the brain in the form of nerve impulses. These impulses trigger the brain to process the information carried by them and make sense of it. Thus, the brain analyses this information along with other data already in the brain, such as memories, thoughts, and emotions. This allows a person to perceive their surroundings.

Dementia alters the process of perception by slowing it down significantly. Disruption in brain functioning and sensitive parts changes the way a person sees the world around them. In some cases, dementia patients suffer from irreversible brain damage that may cause hallucination, misperceptions, delusions, misidentifications, and time-shifting.

Misperceptions start happening when an individual misconstrues one object as something else — for example, considering blue ceiling tiles as the sky or a water body. Misidentifications, on the hand, happen when an individual faces problems identifying and specifying objects and people.

A dementia patient may misconstrue their son for their husband or an inanimate object for some other inanimate object. The latter happens when dementia patients have visual damage or suffer from an injury in the brain that prevents accurate identification. For example, they may misidentify a television remote for their mobile phone, either because their eyes are unable to detect the differences, or the perception portion of their brain is not functioning well.

Related: What Is The Difference Between Delirium And Dementia?

An individual with dementia may also suffer from visuospatial complications, a condition where a person faces difficulties processing information about 3D objects. This can, in turn, alter a person’s ability to judge distances or spatial awareness. People with such complications may view the world differently than others, and face difficulties using the stairs, recognizing objects, or parking a car. Mirror reflections can also cause significant confusion for them.

Misidentifications and Misperceptions Caused by Dementia

It is unnecessary for a person with dementia to have certain eye diseases to suffer from misperceptions of misidentification. Even if a dementia patient’s eyes are healthy, their vision is likely to be affected because of the damage to their brain. That is because different parts of the brain are responsible for perceiving different kinds of information.

Perception of visual information is the responsibility of the occipital lobes at the back of the brain. Damage in these lobes causes significant difficulties in vision, such as viewing what is in front of a person. This results in misperceptions. Similarly, the temporal and parietal lobes of the brain are responsible for judging distances and recognizing objects and faces. Damage to these lobes causes complications in perceptions, as mentioned earlier, causing misidentification in a dementia patient.

To combat this different view of the world, dementia patients may sometimes need to look twice at something to realize they misinterpreted it the first time. For example, they may freak out by identifying a lizard in the room, but they would need to look at it once or twice to realize that it was a shadow or simply a mark. It is common for dementia patients to misconstrue decorations, house furniture, or even shadows as something more sinister, which dramatically alters their view of the world and renders it troubling. They may mistake a dark-colored mat as a bottomless, black pit, which may cause anxiety, hysteria, or uncontrollable emotions.

NeuroX offers top-notch online psychiatric and neurological care at your doorstep at the lowest possible cost. If you are perturbed about your memory or that of your loved ones, NeuroX is here to offer help. American board-certified neurologists professionals and fellowship-trained subspecialists at NeuroX with expertise in all the complex neurological disorders of the brain provide a free memory cognitive test to root out the warning signs of dementia. If you or your loved ones are at high risk of dementia or are exhibiting symptoms of memory loss, head over to NeuroX to attain professional help immediately.