What Are The 7 Stages Of Lewy Body Dementia? 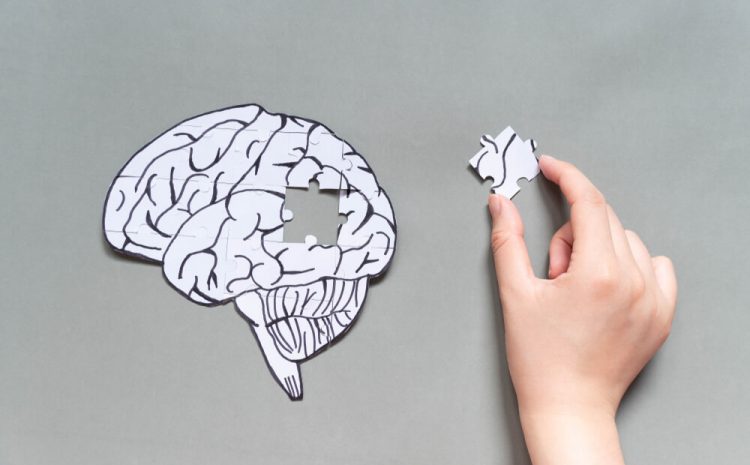 Lewy body dementia (LBD) affects more than one million people in the United States, making it one of the most widespread neurological disorders. LBD typically affects people aged 50 or older, although some younger people also exhibit the symptoms of this disorder.

Lewy body dementia seems to affect men slightly more than women and is dotted with symptoms similar to Alzheimer’s disease – forgetfulness, cognitive decline, and unpredictability. If you or any of your loved ones has recently been diagnosed with this disorder, you may be thinking about what to expect as the disease progresses.

What is Lewy Body Dementia?

Lewy body dementia is a neurological disease typically associated with an abnormal build-up of a protein called alpha-synuclein in the brain. These abnormal deposits are known as Lewy bodies and interfere with the chemicals in the brain, which, in turn, cause difficulties in movement, thinking, cognition, mood, and behavior.

Related Links: What Are The Signs And Symptoms Of Childhood Dementia?

It is not a completely treatable disorder and lasts an average of five to eight years from the point of diagnosis to the time of death. However, it can range between two to twenty years for some people, depending upon how quickly the symptoms intensify, the patient’s age, and overall health.

Is Lewy body dementia the same as other kinds of dementia?

Lewy body dementia is regarded as one of the most common causes of dementia. Dementia is usually considered as one large umbrella term that covers several disorders that rob people of their ability to remember, act, understand, talk, and use their bodies. Some diseases that come under this umbrella term include:

The most common of these disorders is Alzheimer’s, which is also frequently the cause of confusion in diagnosis because it shares many symptoms with the others.

Related Links: How To Care For Alzheimer Patients At Home

However, there are specific differences between Alzheimer’s and LBD that can help in developing a clear diagnosis. People with Alzheimer’s typically suffer a more significant memory loss than LBD patients, but patients with LBD are more likely to exhibit the following symptoms:

The definitive causes of LBD are unknown despite several attempts to learn more about its genetics and biology. However, scientists have several speculations about its causes, the most significant of which is the accumulation of Lewy bodies which results in the death of certain neurons in the brain. These neurons are responsible for the production of two vital chemicals that act as neurotransmitters (messengers between the brain cells): acetylcholine and dopamine. Acetylcholine is significant for learning and memory, whereas dopamine plays a prime role in movement, cognition, behavior, motivation, mode, and sleep.

What are the risk factors for Lewy body dementia?

Extensive studies are now unveiling the risk factors for LBD as well. Risk factors are the conditions that may elevate an individual’s chance of developing a particular health disorder. Some risk factors can be controlled or mitigated, such as blood glucose and cholesterol levels, whereas others cannot, such as family history or age.

Scientists have concluded that no specific lifestyle factors seem to affect an individual’s risk of LBD. Some common risk factors for this disorder include the following:

Since LBD is a progressive disease, it takes a long time to develop clearly discernible changes in an individual. There are generally seven stages of LBD:

Stage One: The normal stage

Stage one is the regular stage of dementia, where patients are absolutely normal and exhibit no signs and symptoms. However, Magnetic Resonance Imaging (MRI) or Computed Tomography (CT) scans of the brain may show some incidental findings during routine examinations. Some patients may deal with mood fluctuations or daytime sleeping with hallucinations in this stage.

Related Links: What Are the Treatments For Dementia?

Although individuals in stage two of Lewy body dementia show some very minor symptoms, they are hardly noticeable and even impossible to detect in some cases. These mild symptoms may include mild forgetfulness, like forgetting names or facing difficulty finding familiar objects. However, patients can continue their daily activities and work without significant challenges.

Patients with third stage Lewy body dementia show mild symptoms, which may include:

Stage Four: The stage of diagnosis

Patients with LBD generally have a confirmed diagnosis by this stage. However, the symptoms are still in the slight to the moderate stage and may include:

Symptoms in stage five range from moderate to severe and may include:

Stage six of LBD typically lasts for about 2.5 years, and an increase in the severity of symptoms is observed. Symptoms may include:

Stage seven lasts about 1.5 to 2.5 years. Patients in late-stage Lewy body dementia exhibit very severe symptoms, which may include:

Like its causes, Lewy body dementia does not have specific treatments or medications that may stop the symptoms from worsening or reverse them. However, certain medications can relieve the symptoms temporarily, and include the following:

Acetylcholinesterase inhibitors work by elevating the levels of acetylcholine in the brain, thereby improving the ability of neurons to send and receive signals from each other. Some common drugs include Aricept (donepezil), Reminyl (galantamine), and Exelon (rivastigmine).

They may also help improve confusion, sleepiness, and hallucinations in early-stage patients. However, these drugs are not without their side effects, which commonly include muscle cramps, feeling sick, diarrhea, tiredness, headaches, and fatigue.

Memantine functions by blocking the effects of glutamate, which is a chemical produced in large amounts in the brain. It is used for moderate to severe dementia caused by Lewy bodies.

Memantine is a suitable alternative for patients who cannot take acetylcholinesterase inhibitors. Memantine usually has temporary side effects, including dizziness, constipation, headaches, etc.

Some other drugs include:

American board-certified and fellowship-trained sub-specialists at NeuroX offer affordable online neurological and psychiatric care right at your doorstep. You can now get online consultations within 24-48 hours of requesting an appointment and even choose a physician of your choice by viewing a detailed profile of their subspecialties & conditions treated.

By choosing NeuroX, you can get a board-certified provider licensed in your state to review your medical history and provide expert advice through an interactive video session. If you require a prescription, an electronic one will be generated primarily for you and sent to a pharmacy of choice. Head over to NeuroX to book a slot of your choice right now!