What Happens If A Mini Stroke Goes Untreated? 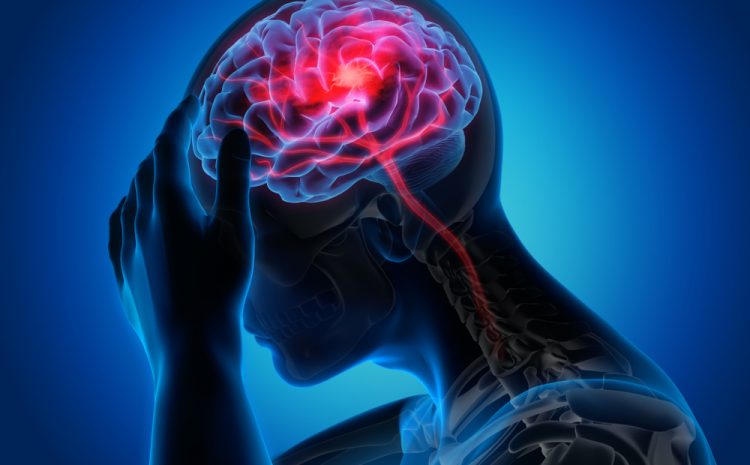 Transient Ischemic Attack is aptly nicknamed “mini-stroke” but is not as mini as it sounds. Although the name suggests a fleeting and small-scaled entity that can be put off until you get the time to do something about it, a mini-stroke is surrounded by urgency and alarm bells that need to be acknowledged in order to avoid disastrous consequences.
This article answers all your questions about what happens if a mini-stroke goes untreated, what to expect after a mini-stroke, and an individual’s life expectancy after suffering from it. Let’s get right into it!

What is a Mini Stroke or Transient Ischemic Attack (TIA)?

A mini-stroke is medically termed a transient ischemic attack and occurs when a part of the brain suffers from a temporary obstruction of blood flow. The symptoms of a mini-stroke typically subside on their own within 24 hours, but that doesn’t negate the paramount significance of mini-stroke treatment.
Since a full-blown ischemic stroke and mini-stroke symptoms are relatively similar, it is pivotal to attain immediate medical redress for both.

Symptoms of a Mini-Stroke

It is pivotal to keep an eye out for any of the aforementioned symptoms and seek immediate medical attention if you or anyone around you starts exhibiting them. You can call 911 or other local emergency services or go to the nearest emergency room as quickly as possible.

Is a stroke and a Transient Ischemic Attack the same?

The difference between a mini-stroke and the most common kind of stroke (ischemic stroke) is minimal at the outset. Both look the same, feel the same, and even have similar causes: a plaque filled with cholesterol or blood clot blocking blood flow in an artery that nourishes the brain.
The critical factor that distinguishes a transient ischemic attack from a stroke is the duration of the symptoms. Just as the name entails, the symptoms in a mini-stroke subside quickly, often within minutes to hours. The blockage, in this case, is usually small or fragile enough for the body’s self-repair system to overcome and reopen the artery, thereby stopping the symptoms.
However, symptoms of a stroke last considerably longer, typically more than 24 hours, and occur because of more extensive or robust blockages in arteries.

Book consultation with board certified neurologists

What happens if a mini-stroke goes untreated?

Contrary to popular belief, a mini-stroke is a severe medical condition and requires extensive treatments and preventive measures. Although the symptoms may resolve on their own, it is quite complicated to chalk out the seriousness of the circumstances without a thorough and immediate medical workup.

A mini-stroke occurs because of a blockage in the blood carrying arteries to the brain, resulting in brain cell death because of deoxygenation and malnutrition. The longer the blockage remains, the higher the brain cell death and the more complicated the symptoms. It is crucial to familiarize yourself with stroke symptoms in order to act quickly and avoid permanent brain damage.

The crucial factor is that an individual cannot ascertain whether a person is suffering from a full-blown stroke or mini stroke when the symptoms start appearing. Misconstruing a full-blown stroke for a mini-stroke can have disastrous consequences, even leading to death.

Waiting extended periods before attaining medical aid only worsens the blockage in the brain, causing irreversible brain damage. When it comes to treatment, every second counts for a stroke patient. For example, if a stroke is left untreated for a total of ten hours, the brain could age for up to 36 years! With every minute a stroke patient goes untreated, their brain loses about two million brain cells.
The immediate need for medical treatment places a massive responsibility on bystanders as stroke victims are usually unable to speak for themselves. Research shows that people who receive adequate treatment for mini-stroke within 24 hours of the onset of symptoms can diminish their risk of suffering from a full-blown stroke by up to 80 percent in the near future.

What to look out for in Mini-Stroke Symptoms

Symptoms of a stroke or mini-stroke come immediately and without warning, and thus you need to act fast if someone around you starts them. One favorable way of remembering what to look out for is to remember the word “FAST,” which stands for:
F for Face
Notice a person’s face when they start showing symptoms of a stroke. If any signs of drooping or uneven smile are visible, take it as a warning sign and indicator of stroke.
A for Arms
Numbness or weakness in one or both arms is a warning sign for stroke. You can ask the person to raise their arms to be sure. Consider it an indicator if their arm drops down or is unsteady.
S for Speech difficulties
Talk to the person showing signs of stroke and ask them to repeat something. Slurred or garbled speech can be an indicator of stroke.
T for Time
Keep in mind that every second counts for a stroke patient when it comes to treatment! Seek immediate medical attention if you notice any of the symptoms mentioned above in a person

Treatment for a TIA Mini-Stroke

Fortunately, treatment for TIA mini-stroke is relatively simple and involves a combination of drugs to lower cholesterol, manage blood pressure, and prevent blood clotting. This treatment plays a significant role in remedying current symptoms and preventing additional stroke or TIAs. It also aids in halting further brain damage: just because a stroke is over does not mean the brain damage is stopped as well. In fact, full-blown ischemic strokes unfold over a period of ten hours.
Even if a patient does not suffer from a major stroke, repeated mini-strokes can have an even more significant cumulative negative effect on their brain health and cognitive function. A patient may even get vascular dementia from untreated strokes or cerebrovascular events in severe cases. In fact, the Alzheimer’s Association recommends screening for vascular dementia for all high-risk individuals, which includes those who have had a stroke or TIA in the past or are at high risk for heart or blood vessels disease.

What to Expect After a Mini-Stroke

A majority of stroke survivors experience some sort of disability or deficit after a mini-stroke. Such adverse reactions require time to heal, and patients can even make a full recovery. Stroke survivors can return to everyday life with suitable treatment, rehabilitation, and recovery time. Since mild strokes do not usually cause significant impairments, recovery is fast and can occur within three to six months. However, it may be impossible to reverse the side effects of a stroke in some cases.
Some complications commonly associated with stroke survivors include:

Life Expectancy After a Mini-Stroke

Stroke also affects the life expectancy of individuals and the chances of future strokes or TIAs. Life expectancy after a mini-stroke has been a subject of extensive research.
One study shows that 91.5% of hospitalized patients with TIA survived in the first year compared to a 95.0% expected survival rate in the general population. However, the observed survival rate decreased by 13.2% than expected in relative terms after five years. The observed survival rate dropped 20% lower than anticipated by nine years.
The survival rate in females was considerably higher than males, and increasing age was associated with an increased risk of death when compared with the age-matched population. Prior hospitalization for stroke was also seen to impact the risk of excess death significantly. Congestive heart failure, history of stroke, and atrial fibrillation were concluded to be the factors that most significantly impacted survival rates.
NeuroX offers affordable, immediate, and online neurological and psychiatric care right at your doorsteps. By becoming a part of the NeuroX family, you can get treated for all complicated diseases related to brain health by a wide range of American board-certified neurologists well versed in their respective domains. These diseases include, but are not limited to, stroke, dementia, movement disorders, epilepsy, multiple sclerosis, etc. Head over to NeuroX right now to get to know more!

Book consultation with board certified neurologists