How Long does it take to Recover from a Stroke 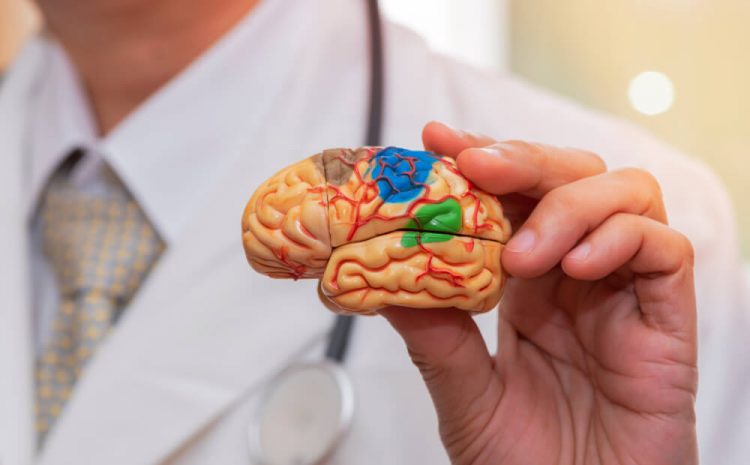 Suffering from a stroke is an excruciating healthcare complication, and so is surviving the realization that your loved one had one. But what should you expect after a stroke when you are ready for recovery but are not aware of your recovery time? The truth is, there isn’t one answer to the question of stroke recovery that can apply to all. Stroke recovery depends upon a few crucial factors that also decide the critical time after suffering from one.

This article delves into how long it takes to recover from a stroke and the stages of stroke recovery. Let’s get right into it!

A stroke occurs when blood supply to a part of the brain is hampered by a blood clot in an artery that carries blood to the brain, also called an ischemic stroke. However, it may also occur because of a burst artery, called a hemorrhagic stroke. Any of these two conditions can cause the affected area of the brain to become oxygen or nutrient-depleted, causing cell death. That is why medical health professionals frequently necessitate the significance of prompt treatment in case of stroke, as every second that passes by can cause irreversible damage and death of a large number of brain cells.

Stroke recovery time typically varies from person to person and depends upon the following critical factors:

However, recovery is generally faster for minor strokes than those that affect larger, more functional, or more significant areas of the brain. A massive stroke (often measured by a higher than average score on the NIH Stroke Scale) typically requires intensive work and rehabilitation, which naturally may take longer.

However, it is impossible to calculate a definitive recovery period for every stroke as each is different from the others. This is because a stroke can affect several different areas of the brain with different intensities. Depending upon the functionality of the affected brain area, the secondary effects (and, in turn, the critical time after stroke and stroke recovery time) may vary.

In addition, an individual’s overall health and age can also have profound implications on their stroke recovery timeline. Younger, healthier, and more active people are most likely to have faster stroke recovery than those who don’t come under these terms.

What to Expect After a Stroke

Similar to its recovery time, the after-effects of a stroke also vary from individual to individual. However, rehabilitation and recovery can help you understand what to expect and which milestones may occur next.

Related: Differences Between A Stroke And A TIA

Although many stroke survivors make substantial progress in regaining their independence, some complications may persist. Some of the most common side effects may include the following:

The Stages of Stroke Recovery

A stroke is a medical emergency, and it is most likely for stroke patients to be admitted to an emergency department to stabilize their condition and prevent further brain cell death. Suitable treatment processes are carried out after identifying the type of stroke, including clot-dissolving medications or surgery.

Rehabilitation starts immediately after a stroke is treated, typically right from the hospital bed. This is done to take advantage of the heightened state of neuroplasticity in the brain and reduce muscle atrophy, which is a common side effect of being admitted to a hospital.

Neuroplasticity is the brain’s innate ability to rewire itself, and it allows the healthy portions of the brain to control the functions left impaired by a stroke. A significant amount of stroke recovery depends upon this process.

Neuroplasticity is typically amplified in the early stage of stroke recovery. This is because of the phenomenon of spontaneous recovery, which refers to sudden improvements during the early healing stages when the brain undergoes an extensive and rapid attempt to heal from injury.

Related: Can a Stroke Cause Vascular Parkinsonism

The discharge plan of a stroke patient depends upon the medical complications, side effects, the severity of a stroke, and speed of recovery, but usually falls between one to three weeks after a stroke first occurs. A medical team pays close attention to patients’ sustained secondary effects, such as cognitive or physical impairments, and tests if patients can take care of themselves independently.

Patients able to perform daily activities with ease (such as walking short distances, dressing themselves up, or using the restroom) are referred to be released from the hospital. However, a rehab team devises a rehabilitation plan before a patient leaves and includes suggestions for the next steps of rehabilitation.

A plateau does not signify an end of recovery: progress can continue for several years to come as long as a patient continues with appropriate rehabilitation. Occupational therapy, physical therapy, and speech therapy are necessary rehabilitation domains to regain lost skills. It is also significant to adopt a healthy lifestyle between outpatient therapy sessions, as it provides the brain with the constant stimulation it needs to rewire itself. Several specialized home therapy sessions are also available for stroke patients.

Six Months: Considerable improvement in gait in most stroke survivors

A majority of stroke survivors witness considerable improvement in about six months after a stroke. They hit their milestones in their own time, and one popular landmark is regaining the ability to walk if the stroke impaired it.

Fortunately, it is possible to retrieve this ability after about six months of required rehabilitation. According to studies, about 65-85% of stroke patients learn to walk independently after the six-month mark of rehabilitation. However, recovery may take some more time for those recovering from more severe effects.

Related: What Are The Signs Of A Silent Stroke?

Spontaneous recovery is most likely to have ended by this mark, and thus it is imperative to partake in regular rehabilitation programs to keep the recovery ball rolling. Functional recovery, fortunately, is possible for a lifetime, as long as a stroke survivor continues with rehabilitation.

Two Years: A period where recovery looks different for everyone

It is quite complicated to know for sure where any single stroke survivor will be on the recovery journey after a two-year mark. It is quite possible for some to have recovered completely, whereas others might still require consistent rehabilitation.

However, one comforting statistic shown by studies is that about 74% of all stroke survivors who were unable to walk without help at the six-month mark should be able to walk by now.

Functional recovery looks increasingly different for everyone as the years go by as it depends upon a stroke survivor’s secondary effects and participation in rehabilitation. Studies show that the pattern of stroke recovery in the coming years depends significantly on a patient’s initial rehabilitation efforts.

Therefore, it is crucial to continue participating in rehabilitation to keep seeing results for months and years to come, even after discharge from inpatient rehab. Home therapy programs can be of great help in this regard, as insurance is less likely to cover formal clinical therapy sessions this late after a stroke. American board-certified neurologists and specialists in brain diseases welcome you to NeuroX, where you can get affordable, top-notch, and online neurological and psychiatric care right at your doorstep. Head over to NeuroX to get online consultations from a specialist of your choice within 24-48 hours!