Is Wet Brain A Form Of Dementia? 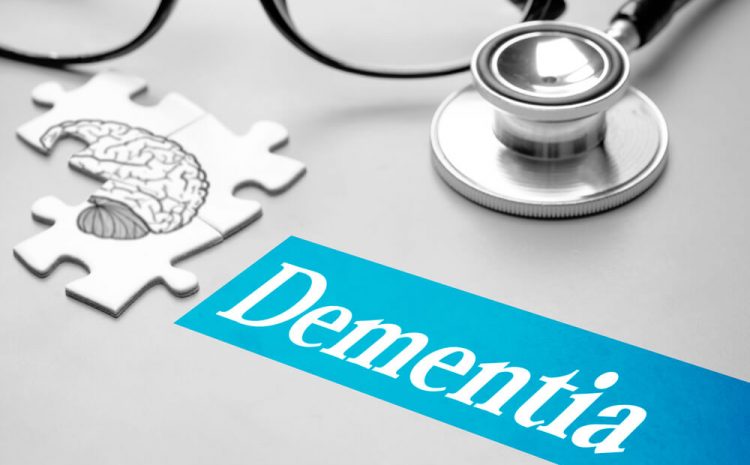 Untreated and long-term alcohol abuse can cause a number of negative repercussions, ranging from social withdrawal to complex medical ailments. Pancreatitis, cardiovascular disorders, and cirrhosis are frequently seen as adverse effects of chronic alcohol abuse. One of the less commonly known is wet brain dementia, a form of dementia that affects a few chronic alcohol abusers.

What is Wet Brain Syndrome?

Wet brain is a common term used for a chronic brain disorder called Wernicke-Korsakoff syndrome or Korsakoff’s psychosis. It is typically caused by a Thiamine (Vitamin B1) deficiency and occurs in people who are regular abusers of alcohol. This ailment damages the lower parts of the brain, also known as the hypothalamus and the thalamus, causing permanent memory loss in some cases and leading to dementia in order.

The Wernicke-Korsakoff syndrome is referred to by several names, some of which include the following:

Wet brain syndrome is actually a form of dementia that long-term alcoholics are likely to develop at the end stages of their illness. This syndrome occurs in two different conditions or consists of two distinct stages, which are as follows:

An article published in 2013 by the National Institute on Alcohol Abuse and Alcoholism reported that about 86.8 percent of American adults had consumed alcohol at any stage in their life. Although the consumption of alcohol in moderate amounts does not necessarily pose any severe health complications, consuming more than the standard levels of alcohol can lead to binge drinking. The Dietary Guidelines for Americans state these normal levels to be only once daily for women and twice daily for men. Alcohol consumption in moderate amounts can even cause some health benefits. Still, binge drinking that lasts for an extensive period of time is likely to lead to alcohol addiction, wet brain, or substance abuse.

The National Institute on Alcohol Abuse and Alcoholism confirmed in 2013 that approximately “16.6 million adults in America between the ages of 18 and 40 and 697,000 adolescents aged between 12 and 17 have struggled with AUD”. This extensive use of alcohol causes a number of harmful health concerns, and reports from the NIAAA show that about 80% of alcoholics suffer from a Thiamine deficiency.

Thiamine deficiency is the primary cause of alcohol dementia. Thiamine (Vitamin B1) is a necessary vitamin responsible for metabolizing the body’s sugars to create energy. Although this condition usually arises because of poor eating habits, chronic alcoholics tend to make poor lifestyle and eating choices which elevate the likelihood of this disease.

In addition, the withdrawal symptoms of alcohol abuse also include vomiting and diarrhea, which further reduces nutrients from the body. Many alcoholics also live in destitute conditions with an unstable social circle and family life, which further adds to their malnourishment.

Due to this primary connection, the wet brain, although primarily a neurological condition, is linked to alcohol abuse. Oxford University Press stated that about 10-24% of dementia and brain damage occurrences could possibly be because of alcoholism. Consequently, the Alzheimer’s Society reckons that about 2% of the general population may be suffering from wet brain symptoms.

What are the Symptoms of Wet Brain Dementia?

The primary symptom of the wet brain that occurs in this stage is internal brain bleeding. This condition may lead to the following secondary symptoms:

Although the Swiss Medical Review corroborates the existence of these symptoms, only 10% of individuals with WEE exhibit them, making its diagnosis severely challenging.

Related: How Do You Deal With The Early Stages Of Dementia?

Whether a person develops these symptoms or not, the National Institute of Alcohol Abuse and Alcoholism states that a person with a wet brain has a risk of developing Korsakoff syndrome eventually.

Korsakoff syndrome is the second phase of the wet brain and may prove permanent and quite destructive if not treated immediately and adequately.

Some common symptoms of Korsakoff psychosis include the following:

Individuals who suffer from a wet brain may also experience complicated alcohol withdrawal symptoms, leading to sweating, tremors, and other disastrous effects, including brain damage. It is possible that genetic factors also play a role in the development of Wernicke Korsakoff syndrome, making some individuals more sensitive than others.

Chronic alcohol abuse takes a substantial toll on the cerebellum, which controls movements, coordination, and several learning and memory functions. The brain can thus suffer permanent damage if it is deprived of thiamine for long periods and left unchecked and untreated.

Diagnosis of the wet brain is a medical complication, and different people exhibit varying levels of symptoms. In addition, a number of them suffer from mental confusion, which makes communication a problem. The wet brain can be treated with thiamine supplements in the initial stages, along with a significant reduction in alcohol consumption and changes in diet and lifestyle. Some programs that aim at decreasing binge drinking may also include therapy and detoxification and allow individuals suffering from alcohol withdrawal to ease into a healthy lifestyle.

Managing a wet brain is not an easy endeavor but reducing your alcohol consumption and preventing malnutrition by opting for a healthy and nutrient-rich diet are the most effective ways to do so. Patients suffering from long-lasting ill effects of wet brain can also contact FRN treatment centers that treat brain damage and mental illnesses that stem from drug or alcohol addiction.

Hospitals or treatment centers closely monitor a patient’s gastric system and ensure timely and proper food intake. Severely deficient nutrient patients are administered intravenous nutrients, and thiamine is also given orally. Such patients are usually placed on a proper diet to ensure a revitalization in their health and nutrient count. However, this nutrient-rich diet may have some side effects on alcoholics, such as insomnia, restlessness, alcohol withdrawal symptoms, and sudden mood swings. Some people may also experience hallucinations, paranoia, agitation, and confusion as well.

Related: What Are The Signs And Symptoms Of Childhood Dementia?

Early diagnosis holds crucial importance in the treatment of the wet brain. That is because prompt treatment can retard the progression of the disease and attempt to reverse temporary brain damage and abnormalities.

However, the reversibility of the complications caused by wet brain is mainly determined by the progression of the disease and the quality of treatment administered. Receiving quality treatment before the disease causes permanent brain damage significantly increases the recovery risk. If treated promptly, patients with wet brains can experience improvements in their body orientation, cognitive abilities, and vision complications.

However, a wet brain holds high mortality rates if left unattended. A large majority of these deaths are because of high blood toxicity, permanent brain damage, or infection to the lungs.

The progression of the disease determines the outcome of a wet brain. Receiving treatment early before permanent damage occurs will significantly raise your chances. Wet brain records high mortality rates when left unattended. The majority of deaths are caused by infections to the lungs, high blood toxicity, or permanent brain damage.

How can you prevent Wet Brain Dementia?

The only possible way of preventing wet brain dementia is by keeping a check on your alcohol consumption, lifestyle, and dietary requirements. Taking vitamin supplements can also help in this regard.

It is crucial to ensure that your thiamine levels are adequate, and that can be done by either getting routine diagnostic tests or eating foods rich in thiamine, such as rice, peas, legumes, lean meat, wheat bread, and milk.

Related: What Are the Treatments For Dementia?

Wernicke-Korsakoff syndrome is a severe disease lined with memory loss, confusion, disorientation, and physical complications such as eye movement issues, muscle weakness, and lack of coordination. If you or any of your loved ones are suffering from this disease, prompt medical attention is imperative for proper recovery.

Head over to NeuroX to make an appointment and speak with an American board-certified specialist within 24-48 hours of appointment booking, and attain the highest quality neurological and psychological healthcare at the lowest cost possible.